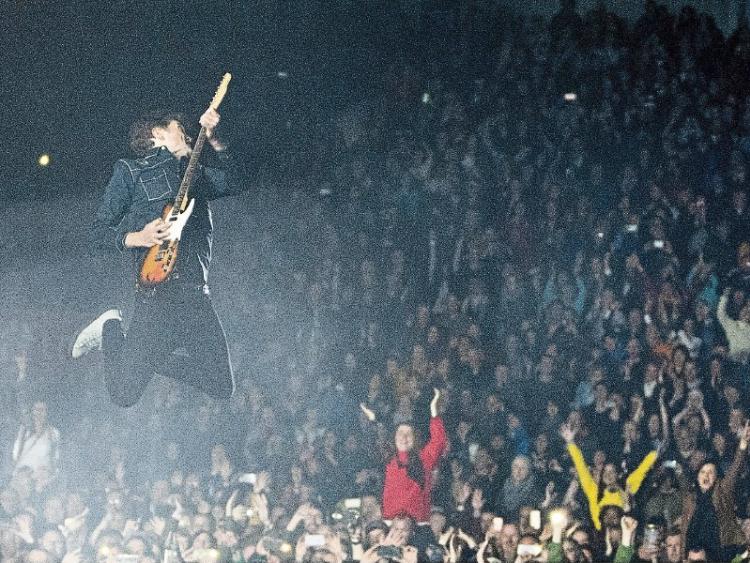 Steve Wall of The Stunning at last year's Feile Classical

GET the gang back together as some of the greatest ever Irish bands return to Semple Stadium this September 20 and 21, this time with a full orchestra behind them.

Festival curator Tom Dunne and his team have added more classic acts to the Tipp Classical 2019 line-up, including the Horslips, Thin Lizzy founding members Brian Downey and Eric Bell, the music of Shane McGowen and the Sultans of Ping.

From playing the main stage last year with the reunited An Emotional Fish, Jerry Fish returns to Thurles this year to perform but has also curated a super special selection of some of the finest young bands in the country.

Chef extraordinaire Kevin Thornton will also host the Tipperary Food Féile, the first time an Irish festival will have on board a two-star Michelin chef to curate the whole festival’s food offering.

A festival favourite from last year, Tipp Classic is also bringing back the Tribal Talks live from The Dome.

The Music and Sports Conversations will be hosted by Irish Independent journalist and Tipperary native John Meagher, who will co-host with fellow Tipp media legend Paul Collins.

A massive midnight Silent Disco and titans of 90s radio Micky Mac and Will Leahy are also set to bring the beat back to the street.

Main stage host and Feile veteran Dustin the Turkey will join festival goers once again to wreak havoc on the Tribal Talks, the main stage and the town of Thurles.