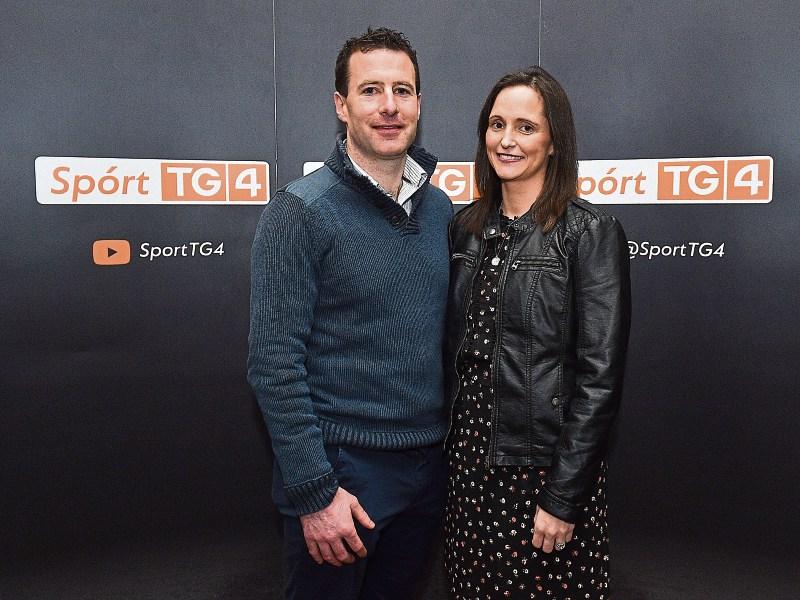 Andrew O'Shaughnessy with his wife Eimear at the Laochra Gael launch | PICTURE: Sportsfile

THE most talked-about young hurler in the country at the turn of the millennium is the subject matter of a compelling hour-long programme which airs on TG4 this Wednesday night.

Laochra Gael which brings GAA players’ personal stories to screen will focus on Kilmallock’s Andrew O’Shaughnessy - looking back on his extraordinary underage career, the brief success under Richie Bennis, the controversy under Justin McCarthy, and how he has maintained a positive outlook after a diagnosis of Multiple Sclerosis.

An extraordinary underage talent, Andrew was mentioned in the same breath, by those in the know, such as DJ Carey and Nicky English.

Remarkably, Andrew was just a tender seven-years-of-age when he played his first game for Kilmallock, in the U12 South Championship.

He made his full senior championship debut for Limerick aged 17, only days before he sat his Leaving Certificate in 2003.

When ‘Shaughs’, as he is fondly known, got the sliothar in his hand, a hum of anticipation and excitement would ripple throughout the stands.

“With that responsibility comes a burden that you just have to trust yourself - that you are the main man because of your ability and what you are doing, and if you actually think ‘jeez, I’m the main man and great’ then that’s when you are going to fall,” Andrew says in the documentary.

“You have to keep as grounded as possible and keep doing the basics and keep being part of the team.”

Speaking candidly about his MS diagnosis Andrew, a father-of-two who works with the Irish Defence Forces, said he is not letting it get to him and spoke of the importance of maintaining a positive outlook.

“This is life and you have to accept what happens and it’s how you react to it. I said I would prefer of anyone in my family, that I would get it because I feel I am the one the strongest enough to deal with it and that seems to be the case - I am not letting it get to me and I think about it once a day when I take my medication and that’s it. Sin é, that’s life, get on with it - there are a lot of people in worse circumstances.”

He explains how the condition hasn’t escalated since his diagnosis “as normally you would see. That bodes well for the future, hopefully”.