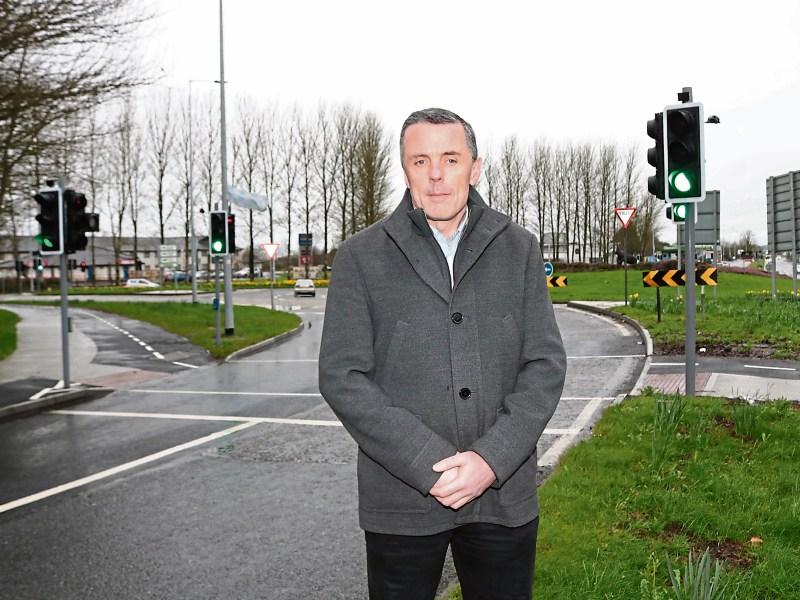 IT IS only a matter of time before there is a serious accident at Coonagh roundabout in Limerick, according to Northside Local Election candidate Pat O’Neill.

The Fianna Fail candidate has called on the council to look at the implications of having the newly erected pedestrian lights at the Coonagh roundabout on green the whole time.

He says it is leading motorists to believe they have the right of way and could easily lead to a serious accident.

“I have been contacted by motorists who say it's very confusing on the approach to the roundabout from all sides and that the green light doesn’t actually mean you have the right away,” said Mr O’Neill.

“One motorist told me that for example in other parts of the country a green light at the junction of a roundabout means you have the right of way and that it's clear for you to proceed onto the roundabout, but this is not the case out on the Coonagh roundabout. It is only a matter of time before there is an accident,” he added.

The Coonagh man, who is on his party’s ticket in City North, said that the current situation with the roundabout is causing chaos. Particularly for those who are not from the area.

“The lights out at Coonagh are for pedestrian and cyclists crossings but at the moment there is total confusion for motorists. As much as they are a welcome an much needed addition to the road network,” said Mr O’Neill.

“I have still asked the relevant engineers to look at the possibility of maybe having the lights flashing amber or maybe even blank and will only change once pressed by a pedestrian or cyclist to cross,” he added.