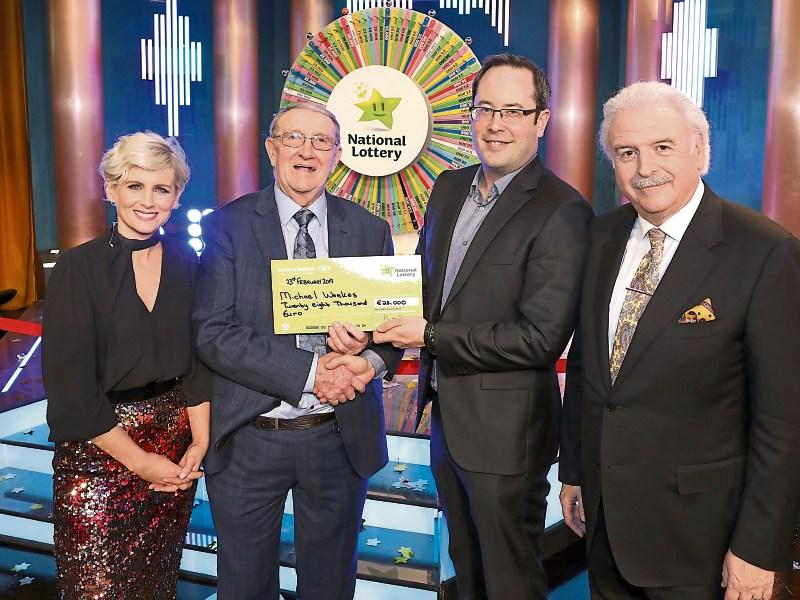 Mike Weekes, from Bruff, said appearing on Winning Streak on RTÉ One last Saturday was a wonderful experience.

Mike revealed he wasn’t in a position to see his beloved Limerick hurling team win the All-Ireland last year on doctor’s orders as he had a pacemaker fitted. Ironically he switched over from a GAA match to Winning Streak on the TV two Saturdays ago just on time to hear his name come out of the drum.

The Ballybricken native described the moment he discovered he had one of the winning tickets.

“I was watching the match in one room. It had just finished when I walked into the other room and saw my name on the TV. I had won, it was an amazing feeling,” said the 75-year-old.

Mike, who has four daughters and one son says the money isn’t the main thing on his mind.

“At my age, the money seems a lot less important. I will probably give it out amongst the family. Put it to good use,” said Mike.

Mike said neighbours and friends in Bruff were incredibly supportive of his TV appearance and he could have filled three large buses with supporters to attend the show in the RTE Studios.

An accomplished GAA player in his younger days Mike played until he was 47 years old and boasts two All-Ireland over 40’s winners medal won playing for the Limerick team in 2002 and 2004.

At one stage he played football for Ballybricken-Bohermore GAA and got selected for the Limerick team which won the league in 1992. He was also a fine hurler.

Mike is married to Aideen for the past 51 years and they have five adult children, Mike Junior, Clare, Donna, Anne and Miriam, who all cheered him on from the audience this weekend in RTE.

These days Mike loves taking walks beside the beautiful Lough Gur in Bruff, which is right beside his house. He has no plans for his winnings but a holiday to one of his favourite spots, Salou in Spain, is probably on the cards.

Nearly 30 cent in every €1 spent on National Lottery games go back to Good Causes in the areas of sport, youth, health, welfare, education, arts and heritage.