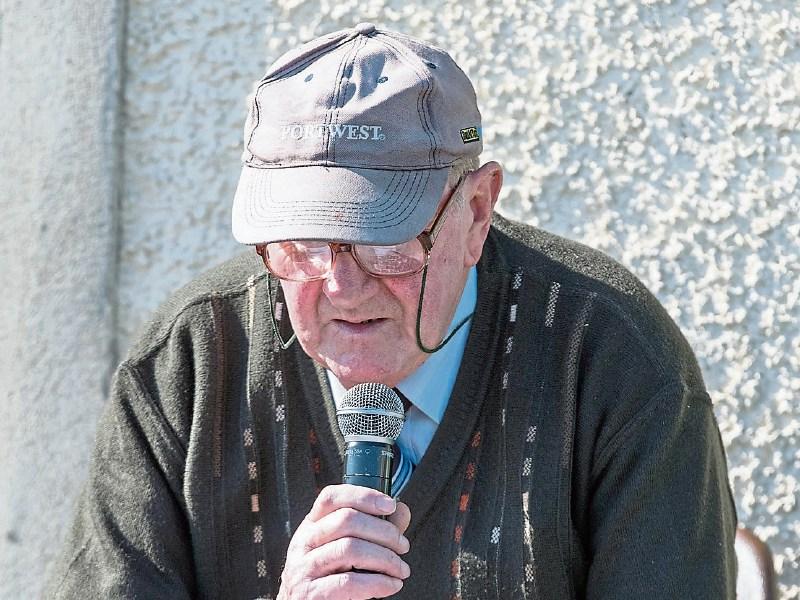 BRUFF local, Michael Weekes, is hoping he can bring home the money when he goes to Dublin on Saturday to take part in the National Lottery Winning Streak TV game show.

“I’m heading up on train with my wife and daughter. I have to be there for half ten. The rest of the team, 19 of them, will be following me up then after.

“Some people can’t make it but they will be cheering me on from home,” said Michael.

“The support I have had is amazing. I could fill four or five busses and bring them up with me. That's the level of support there is,” he added.

The Ballybricken native described the moment he discovered he had one of the winning tickets.

“I was watching the match in one room. It had just finished when I walked into the other room and saw my name on the TV. I had won, it was an amazing feeling,” said the 75-year-old.

Michael, who has four daughters and one son says the money isn’t the main thing on his mind.

“I just want to go and have fun. At my age, the money seems a lot less important. I will probably give it out amongst the family. Put it to good use,” said Michael.

“I do have a holiday booked already, but I go every year. To celebrate after I’m taking everyone to the Red Cow for a meal on me,” he added.

The Bruff man is extremely popular in GAA circles and will have the support of a number of clubs that he has been involved with.

“I have been a PRO with the County Board. I was the selector on the All-Ireland Minor team of 1984.

“ I’ve done so many things, but I have never done this,” he joked.