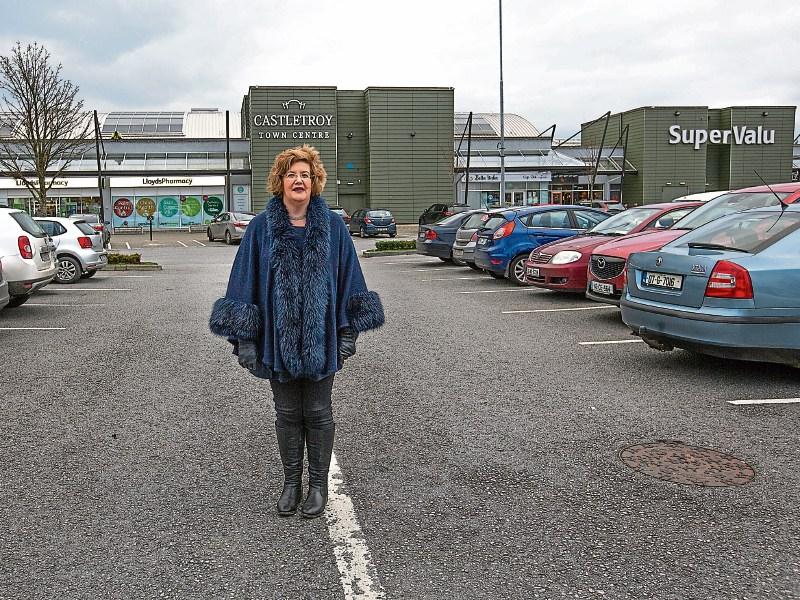 THERE is a fresh delay to a decision on a multi-million euro proposal to double the footprint of a suburban shopping centre.

In plans exclusively revealed by the Limerick Leader, Castletroy Town Centre bosses are seeking to significantly expand the footprint of the shopping centre near the Kilmurry Roundabout.

Under the proposals, two new anchor tenants will move in, being joined by 10 smaller outlets, four service outlets, and one cafe at first floor level. The development would also include a two-storey, three level car park to accommodate 607 car parking spaces, plus an additional 97 surface spaces.

After the application was turned down by council planners, the applicant UGP Castletroy appealed the decision to An Bord Pleanala.

But now, in correspondence seen by Senator Maria Byrne, it has emerged the national appeals body has delayed making a decision on the scheme.

Ms Byrne is severely critical of the delay to the process, which now means it won’t be decided upon until after Tuesday, March 12.

“Delays from An Bord Pleanála on deciding on the Castletroy Town Centre expansion are unacceptable, Castletroy’s population is expected to hit 24,000 people by 2022, this will make it bigger than the current population of County towns such as Tralee, Portlaoise, Clonmel, Sligo and Athlone,” Ms Byrne pointed out.

The main plank of the council’s decision to deny planning permission was the perceived negative impact the centre might have on the city centre.

But Ms Byrne said: “I can’t see why the Castletroy Town Centre expansion plans can’t proceed in tandem with the regeneration of Limerick City Centre. Castletroy is a growing community and facilities need to be in place for the people who live in the area. Castletroy Town Centre is unique in that it also caters to the retail needs of many of the University of Limerick’s 11,600 students and 1,300 staff, the 80 organisations employing 4,000+ people at the National Technology Park, and the Troy Studios film and television studios, all within a 15-minute walk of Castletroy Town Centre.”