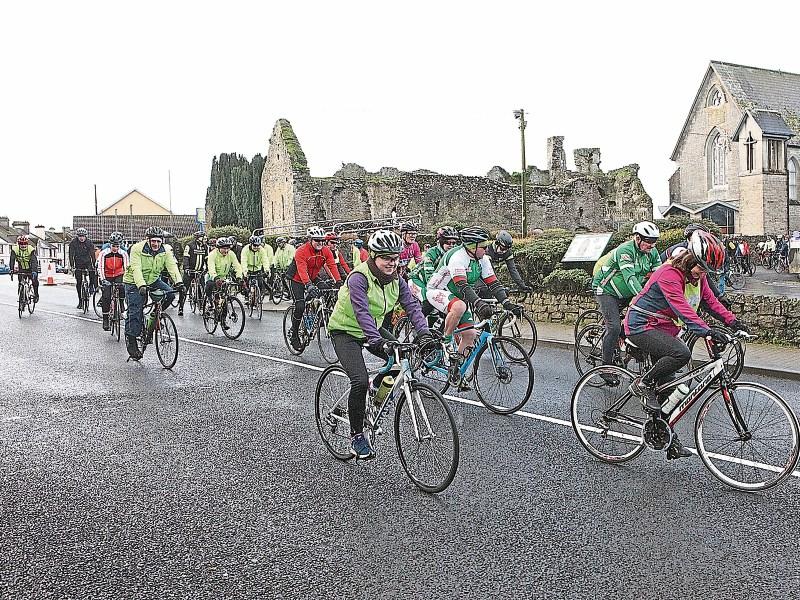 Cyclists setting off at the start of the Doll’s Charity Cycle from Hospital GAA Club in aid of the Irish Pilgrimage Trust who take 500 children to Lourdes each year Picture: Dave Gaynor

EVERY two years four cyclists from Limerick put their pedals to the test and embark on a 600 mile cycle through France, all in the name of charity.

Mike Real, 51, will be completing the journey in April of 2020. He will be doing the cycle alongside Niall O’Sullivan, Stevie Cunningham and Tom Ahern, who are all from Limerick. The four cyclists will join a group of about 120 as they cycle to raise money for Galway charity the Irish Pilgrimage Trust.

“Through the Irish Pilgrimage Trust, we will raise money to bring 500 children with disabilities over to Lourdes in France. We will each raise over €2,500 and all the money will go to the charity. We will pay for our own travel and expenses over there,” said Mike.

The cycle will see the riders travel over 600 miles from Dinard in Brittany in northwestern France to Lourdes in southwestern France, in the foothills of the Pyrenees mountains.

“If you go to Lourdes and see the smiles on the kids faces, it makes the effort all worth it,” said Mike.

The group took part in a fundraiser cycle, which started in Hospital, on Sunday February 10.