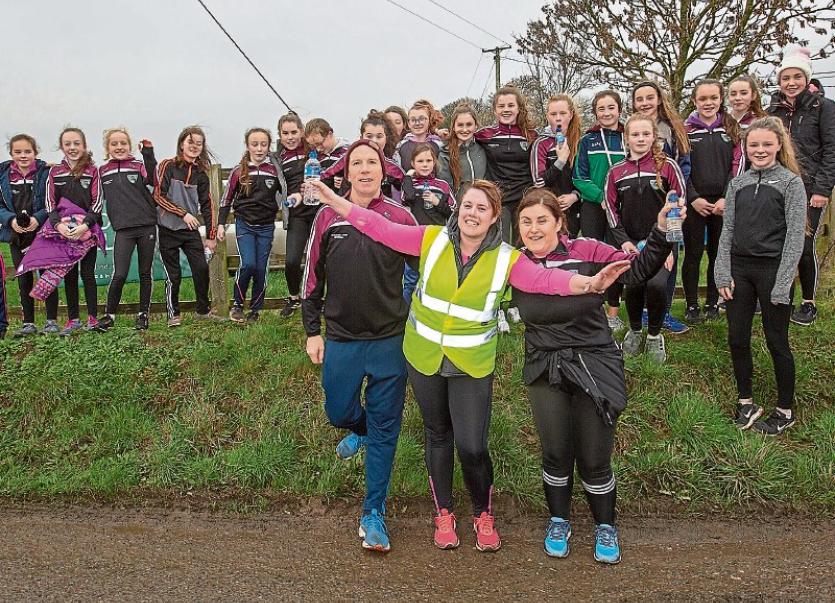 It is a tough time for Jean, as last week marked the anniversary of the death of her and Paddy’s baby daughter.

"I feel in the best head space, and the best health space." Find out how Jean got on this week, tonight on #OperationTransformation at 9.35pm on @RTEOne pic.twitter.com/xD7XjBUrzW

Jean continued her weight loss journey this Wednesday night on RTE One.

Meanwhile, this week, as part of programme sponsor safefood’s ‘Transform your Trolley’ campaign, a public event was held last Saturday outside Dunnes Stores in the Parkway Shopping Centre.

Great to see Jean achieving her goals and getting into a good head space after a difficult week on @OpTranRTE . We are all behind you Jean. #operationtransformation #rteot pic.twitter.com/9QYvaObJbZ

A team of nutritionists were on hand to give practical healthy eating tips and to answer any questions people had on meal-planning and how to rebalance their food shop.

The advice followed new research from safefood that has found more than a third of food and drink on special offers in local supermarkets are high in fat, sugar and salt.

That number increased to over half of offers in convenience stores.

Safefood’s Transform Your Trolley is part of its sponsorship of Operation Transformation.

The campaign aims to encourage people to re-balance their food shopping habits and transform their trolleys into healthier ones.

Since joining the show, Jean has revealed she has received lots of support from people across the county – indeed 1,500 people turned up to her own Operation Transformation walk at Lough Gur on the first weekend of the show.

Asked what made her apply for Operation Transformation, Jean admitted it was due to the tragic death of her little girl Sloane, or Warrior, at just five days old last January – and a miscarriage later the same year.

It was during a sleepless night she saw the show being trailed, she added, saying it would give her a renewed focus.