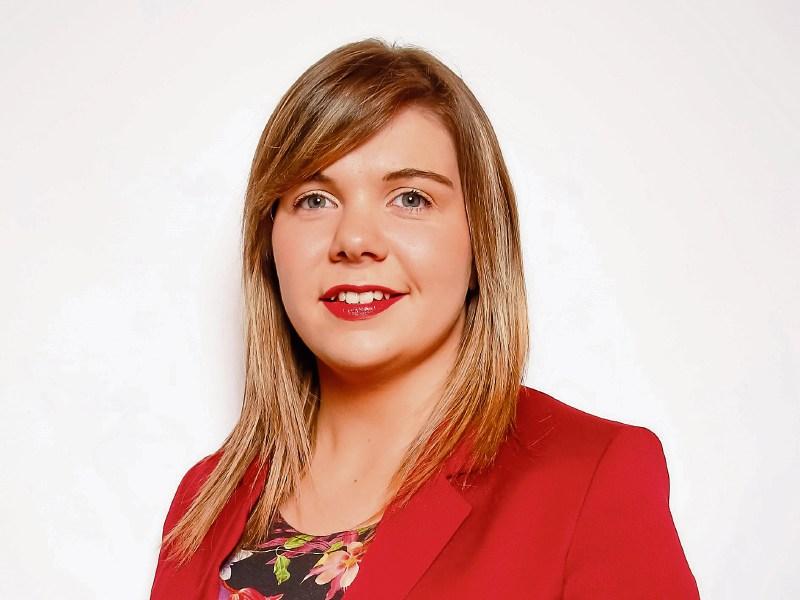 INDEPENDENT councillor Lisa-Marie Sheehy has confirmed she will not be running in the next local election.

The Cappamore-Kilmallock representative, who in 2014 became the youngest councillor to be elected in the country after a three week campaign, said in a statement this Tuesday she is standing down for personal reasons.

“I am proud of what I have achieved during my term as a councillor and I want to thank every last person who put their faith in me to represent them,” she said.

Based in Glenroe, Cllr Sheehy was elected aged just 20, going straight from Scoil Pól Kilfinane to University College Cork to study Bsc government and a masters in community and voluntary sector management.

“Five years is a long time, and I did not make the decision lightly to not rerun for another five-year term. I know that I worked hard for my area and my local community and I never regret putting myself out there at such a young age to try and make a change. Of course, I didn’t get everything done that I wanted but I am confident leaving that I know jobs were completed that were put off the agenda for years and the ones that haven’t been completed yet that they are on the list and on the agenda once again,” she said.

“I want to thank the people who have supported me over the 5 years; family, friends, my community and my team who were ready for the canvass trail. I also want to thank the other public representatives for working with me and wish them and all the council staff the best of luck in their careers.”

It is with a heavy heart that I announce I will not be re-running in Mays Local Elections this year. Due to personal reasons I have decided not to seek re-election at this time. I am proud of what I have achieved... https://t.co/vnDXzrj3Od

Cllr Sheehy was elected as a Sinn Fein representative when she took the third seat in Cappamore/Kilmallock. But in September 2017, she resigned from the group, citing a “toxic” atmosphere in the party alongside "bully boy" tactics.

The local elections are set to take place on May 24 next.