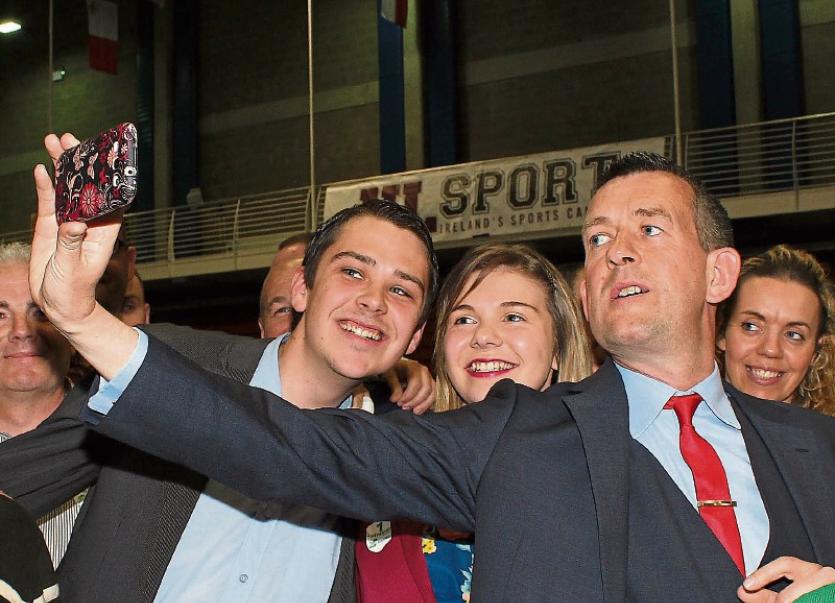 COUNCILLOR Lisa Marie Sheehy who sensationally quit Sinn Fein this week says she was “broken down” by certain members of the party to the point that she fled meetings in tears due to “disgusting” behaviour.

The youngest female public representative in the country said she had resorted to bringing her father Mike with her to meetings for “moral support” and that the strain of the stress she has suffered over the past year has taken a toll on her mental health.

Revealing for the first time the specifics on why she resigned from the party this Tuesday morning, the 23-year-old said she was put under extreme pressure to work while finishing her UCC final exams; and was seen as “knowing too much” when she backed up the Cork East TD Sandra McLellan who quit Sinn Fein last year after what she claimed were “vicious attempts”  to undermine her.

“I did work experience with Sandra so I got to know her very well and what was going on in her area. I think they knew that I knew too much and they didn’t like that. I think from that point they said ‘we better watch this one’,” Cllr Sheehy told the Leader this week.

The Glenroe-based councillor described the environment as “hostile and toxic” and stated “there is an alarming increase of intimidation within the party which amounts to nothing short of bullying.

“Yes, it’s dirty,” said Cllr Sheehy of politics, “but this is just something different. I’ve been bullied in school and been in different work situations but this was more. This was viciousness. I was bullied and I’m not going to bend over for bullies.”

She stated that she was plotted against and pushed out of the party by a small number of members within who tried to break her down.

When asked what level of the party the intimidation was stemming from, Cllr Sheehy, who represents the Cappamore-Kilmallock area, pointed out that the people involved were not elected representatives, “it was membership”.

Cllr Sheehy cited one particular meeting where she claims she was verbally abused which prompted her to flee the meeting in tears.

In relation to an issue which she did not want to disclose publicly, Cllr Sheehy claims she was confronted by members and sworn at.

She claims that she had informed one member that she had to leave at 9pm and “they picked nine o’clock on the button to bring this issue up and target me. It was all very orchestrated and that wasn’t the first incident. It had been done a lot. There was a build up. I felt intimidated”.

She said she left in tears after “saying what I needed to say”.

Cllr Sheehy said there was approximately 12 people at the meeting, only one of which was female.

“Nobody in the room backed me up. They all stuck together.

“It came to a point where I didn’t want to go to the meetings without having moral support because I really didn’t feel comfortable. I just knew something was going to happen.” 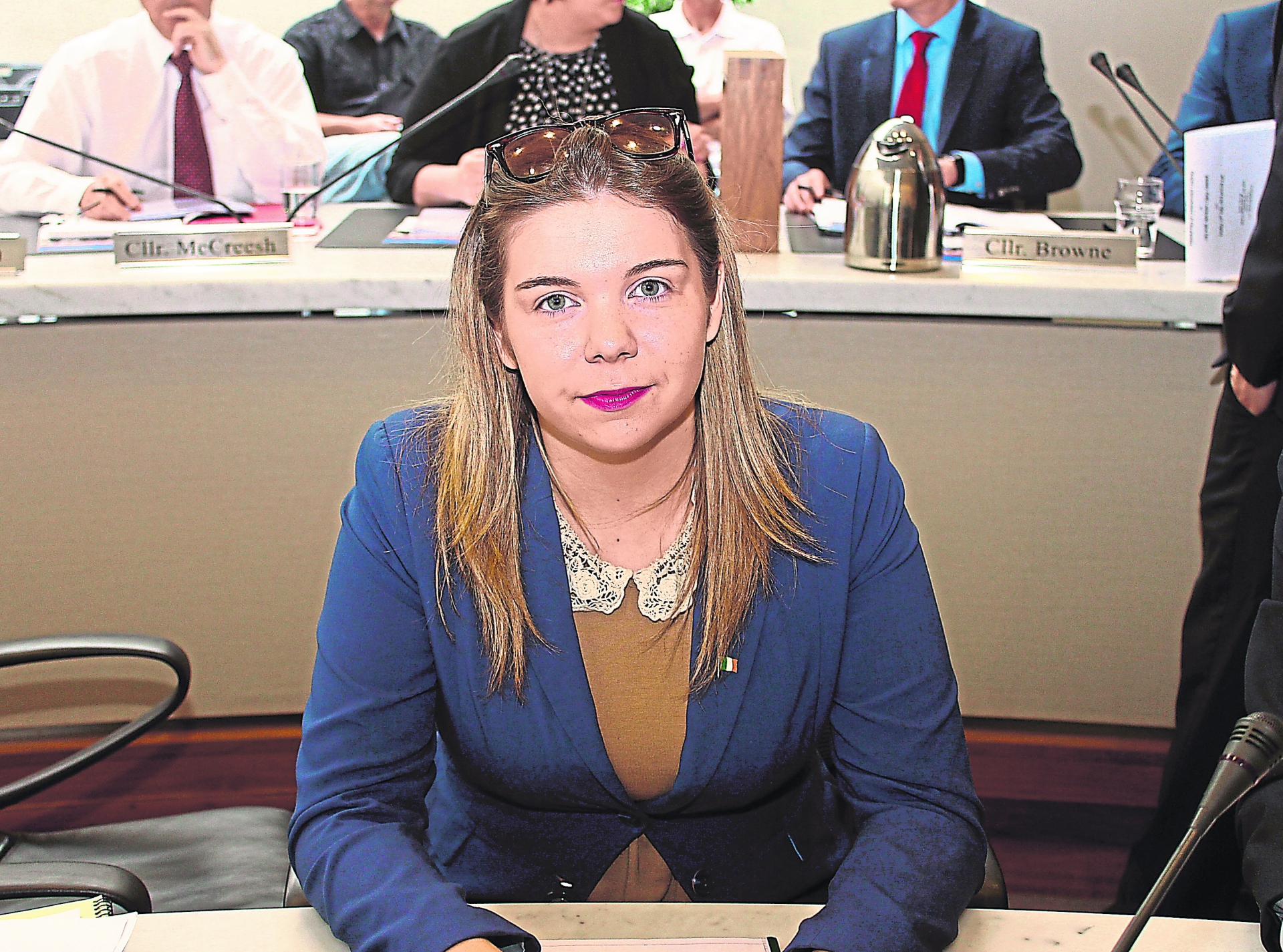 Cllr Sheehy claims that while doing her final year exams at UCC she was phoned by a member who wouldn’t accept her request to take on a lighter workload.

“I told them that I won’t be able to do X,Y and Z. I said I would be able to take calls but I won’t be able to initiate anything new and a member called me and I was bawling crying because they were putting me under so much pressure. It was the week of my under graduate exams. I was trying to study and I was stressed enough about my exams and I had to deal with that as well. The party was saying, ‘Oh it’s great you’re getting a Government degree - it’s all fab’ but then they weren’t giving me that support.”

The Glenroe resident who now intends to work as an Independent councillor said she has no problem admitting that she left meetings in tears.

“I think it is a human thing. It came to a point whereby I had to get up and leave because I was crying, because I was just drawn. I was pushed that far. I think I am a strong person. This isn’t exactly an easy thing for me to do - I will have a party against me now. It just shows you how much I had been broken down that I felt I had to leave a meeting.”

She said there were times when she went home to her parents, Carmel and Mike who she lives with in Glenroe, and felt “depleted”.

“ Only for my parents…,” she said, trailing off. “They left the party before me, a few months ago.”

The 23-year-old who was elected on the first count in 2014 after a three week campaign said anything she suggested at meetings “was never good enough”.

“I can take criticism no problem but when everything you do is wrong. You are doing good for the community and people are saying, ‘why are you doing that - you should stay away from that kind of stuff’. I know I was doing it right so it just became so frustrating. It was a group mentality to be honest.”

The councillor said she sent some of her concerns in email to Sinn Fein Deputy Leader Mary Lou McDonald’s office.

Cllr Sheehy said that after she was elected to the council it was all “a real good buzz” but then the atmosphere began to change within the party.

“We were all very excited about our new roles - we were all getting selfies with Mary Lou and Gerry.

“For the first year or two it was kind of happening around me but I didn’t see it but in the last year I did.”

“There is no culture of bullying within Sinn Fein and it’s actually very unfair to the membership of the party that that allegation has been made,” he said.

Cllr Sheehy said the press release which she issued on Tuesday morning announcing her departure from the party had been “written up and amended a few different times over the past few months.

“ I just felt I was sick of it. I had distanced myself so I was starting to feel like an Independent councillor anyway. I wasn’t going to meetings, I wasn’t linking up with them because I just had enough so I felt I might as well raise this issue and go fully Independent. “The council isn’t the problem, I love that side of it - it’s the party.”

According to Cllr Sheehy, after an investigation into the matter she was informed that "It was decided that no evidence of wrong doing was presented that merits further action".

Commenting on Cllr Sheehy’s departure, Cllr Ciara McMahon from Athea who represents the Adare-Rathkeale area said;” Limerick Sinn Fèin lost a very talented woman this week, one who I consider a friend and that will not change.

“As I have previously stated I empathise with Lisa Marie on a personal level as would many others in Ireland. It is an issue that is prevalent in all walks of life unfortunately and hits home to many people.

“I think she has handled this issue professionally, appropriately and honestly.  I wish her every success .”