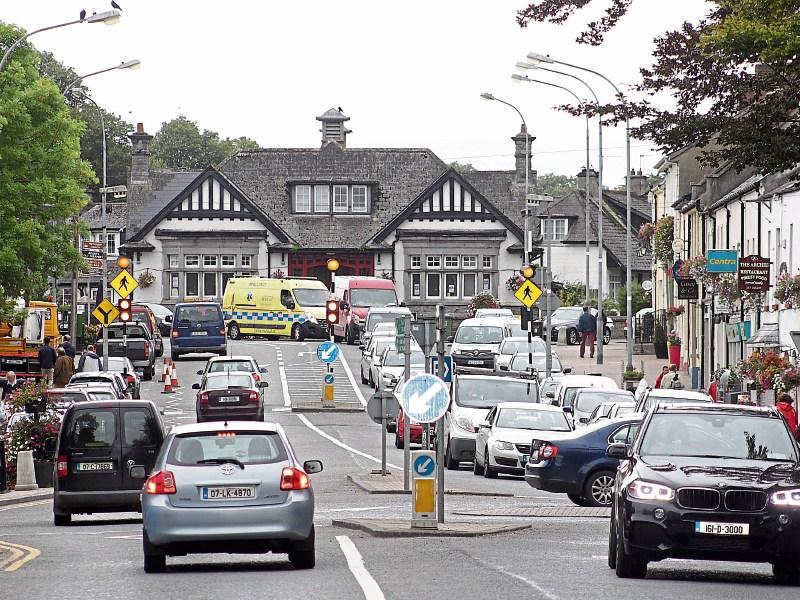 Over 2,500 vehicles a day are using back-roads to avoid traffic gridlock in Adare, it has been claimed

OVER 2,500 vehicles a day are using back-roads to avoid traffic gridlock in Adare, Independent councillor Richard O’Donoghue has claimed.

And he called on the council to take action and instal lights at the Anhid junction on the N21 where traffic for Ballingarry, Rathkeale,  Newcastle West and further west is turning off the main road and on to county roads.

The  problem, he told the Limerick Leader, is that drivers are misjudging the turn and ending up in the garden of a nearby house. Some 32 incidents of vehicles ending up in their yard were recorded over Christmas, according to Cllr O’Donoghue. “They are then reversing out on to a national route,” he said.

Cllr O’Donoghue raised the matter  last week at a  meeting of Adare Rathkeale Municipal District where Cllr Adam Teskey also called for lights to be put in place at the Reens Pike junction on the N21.

“It is a catastrophe waiting to happen,” said the councillor.

But he welcomed the news that action would be taken at the nearby  Killeheen junction where the old road from Rathkeale joins the by-pass. This junction had a high level of rear-end collisions, councillors were told by council engineer Deirdre Clarke and a right-turning lane would be appropriate.

“It is great to see it coming to fruition.  There have been tragedies and deaths there,” Cllr Teskey said. But he argued that an overall plan for proper lighting at both junctions was needed.

“Those collisions took place at Killeheen several years ago,” Cllr Stephen Keary said and he accused management of dealing with the issue on an ad hoc basis. “There is a dire and outstanding need for a right turn arrangement. Ye have ignored the request down through the years and for some reason now you are prepared to do it.”

He described the Rathkeale bypass as defective.” If it were being considered today at least two-thirds of the turns would be closed off,” he said. And he demanded to know what had happened to a road safety audit done on the N21 from Croagh to beyond Reens Pike.

Both he and Cllr Teskey also raised the issue of road safety at the filling station in Coolanoran.

There are no sight lines at Coolanoran, Cllr Teskey said, arguing there was an onus on owners to open up some of the site for lorries to park.  “There is a big enough site there,” he said and he proposed they write to the owners. “They are the ones making massive profits.”

Engineer Deirdre Clarke said they had visited the site and proposed to improve the sticking surface of the road as well as other measures.

“We are considering providing bollards that will prevent parking in and around the petrol station,” she said.

But Cllr Keary called for enforcement against illegally parked vehicles.