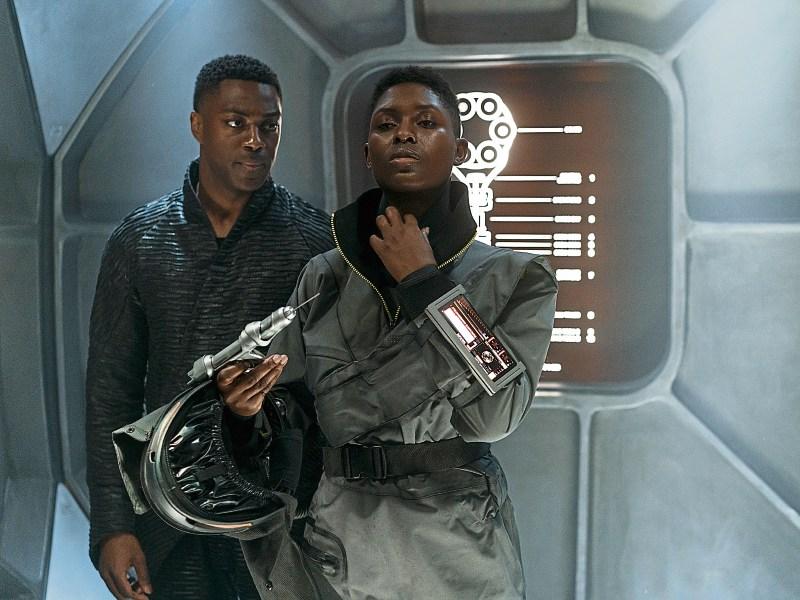 A still from Nightflyers, which was shot at Limerick's Troy Studios Picture: Netflix

TROY Studios in Limerick has hailed the release of an “epic” new trailer for Nightflyers, the series shot on location at the facility.

“Most of Limerick are waiting for the release of the highly anticipated adaptation of George R.R. Martin's Nightflyers,” said the studio in a Facebook post.

“Episodes 1-5 will have their broadcast debut Sunday, December 2 through Thursday, December 6 across all SYFY broadcast and digital platforms. Watch the new trailer just out it's epic,” it added.

In a follow-up post, the Castletroy facility – which announced a major expansion recently – said it would be a “proud moment for Troy Studios and hundreds of people from Limerick and the Mid-West who played a role”.

The series, which is described as Psycho in space by Game of Thrones author Martin, follows eight maverick scientists and a powerful telepath who embark on an expedition to the edge of the solar system aboard The Nightflyer – a ship with a small tightknit crew and a reclusive captain –  in the hope of making contact with alien life.

It is based on the novella by George R. R. Martin, who also serves as an executive producer and is produced by Universal Cable Productions and co-produced by Netflix, who will broadcast the series in Ireland in early 2019.

The €53m budget production had a 91% Irish crew with an average of 320 employees on site in Limerick each day.

A number of well-known names feature in the series, including Ireland’s Eoin Mackin and Brian F O’Byrne. International stars include Gretchen Mol who has previously starred in Boardwalk Empire as Dr Agatha Matheson, plus David Ajala, Fast & Furious 6, and Angus Sampson, star of the award-winning Fargo, also feature.