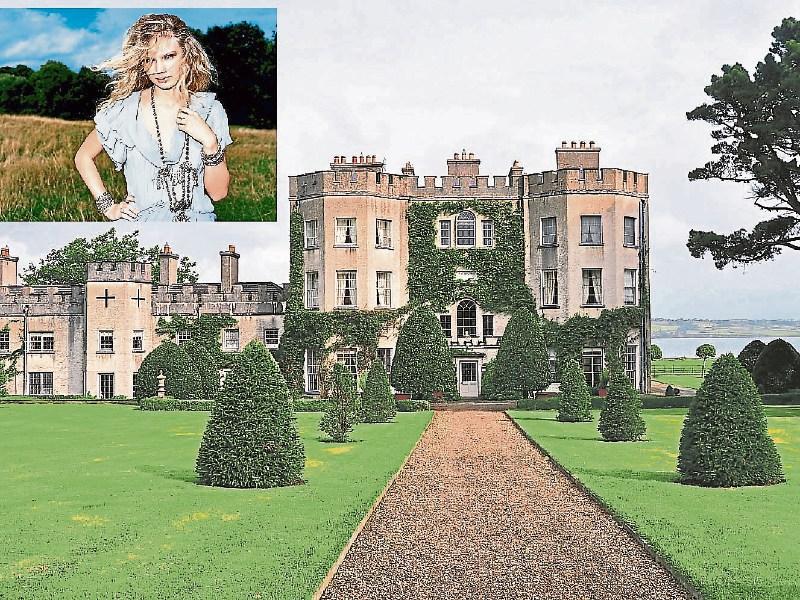 A STRONG security entourage acted as sentry at Glin Castle as one of the world’s most famous artists, Taylor Swift, enjoyed a festive Christmas holiday in the quiet West Limerick village.

And despite the fact that many locals knew the 29-year-old superstar was there, “no one really bat an eyelid”, according to one.

Speculation that the multi-Grammy award winner was holidaying at the castle exploded when a local, Laura Enright, took to Twitter to say that the singer and her boyfriend, actor Joe Alwyn had been staying in Glin.

SO TAYLOR SWIFT ACTUALLY DID RENT OUT GLIN CASTLE AND STAYED IN MY VILLAGE FOR CHRISTMAS. Here’s her boyfriend on the Knight’s Walk. Up Limerick pic.twitter.com/lyjOVZXdpO

It is understood that the pop princess and Alwyn stayed over the Christmas holidays and departed via Kerry Airport on St Stephen’s Day.

Strong security surrounded the star during her stay at Glin Castle. Locals going to Mass on Christmas Day saw hefty security men just yards away at the entrance to the castle and few locals caught sight of the couple.

However, the Leader understands that Ms Swift and Mr Alwyn got a chance to enjoy the delights of one of West Limerick’s most iconic pubs; O’Shaughnessy's on the square, known to locals as the Captain’s.

The Leader’s Glin notes correspondent, Rachel Mulvihill said that even though people knew she was in the village, “no one really kind of bat an eyelid”.

Asked if there was a buzz that she was in Glin, Rachel said: “You know what? I don’t think there was. I know people knew she was there, but no one really kind of bat an eyelid. You know, somebody comes to visit and that’s it. It was obvious that somebody was there. Every light in the castle was on.”

The Leader was informed that Ms Swift left the country via private jet at Kerry Airport on St Stephen’s Day. When Kerry Airport was asked if a private jet had landed at departed from its runway, an official said: “I’m afraid we’re not able to give that information. I am sorry.”

The Limerick Leader understands that actor Joe Alwyn is a mate of Dominic West, who is married to Catherine Fitzgerald.

Glin Castle is the ancestral home of the FitzGerald family for 700 years, and was the residence of the last Knight of Glin, Desmond Fitzgerald who died in 2011.

His daughter Catherine FitzGerald is married to famous actor Dominic West, known for his role as Jimmy McNulty in hit HBO television series The Wire.

Though it was on the market for some time, Glin Castle is now a luxurious break-away destination, with ease of access to the West Limerick village, Scattery Island, Ballybunion and the signature Knight’s Walk.

And, according to Alwyn’s Instagram, it appears he was enjoying the Knight’s Walk over the Christmas holidays.

As excited as Taylor Swift’s friends in Ireland and abroad, US TV personality Perez Hilton tweeted on Sunday: “Taylor Swift spent Christmas in her own private castle in Ireland. Fitting!!!

“AND she even hit up the local pub in Limerick!!”

Taylor Swift spent Christmas in her own private castle in Ireland. Fitting!!! AND she even hit up the local pub in Limerick!! pic.twitter.com/iFwtvhJtXv