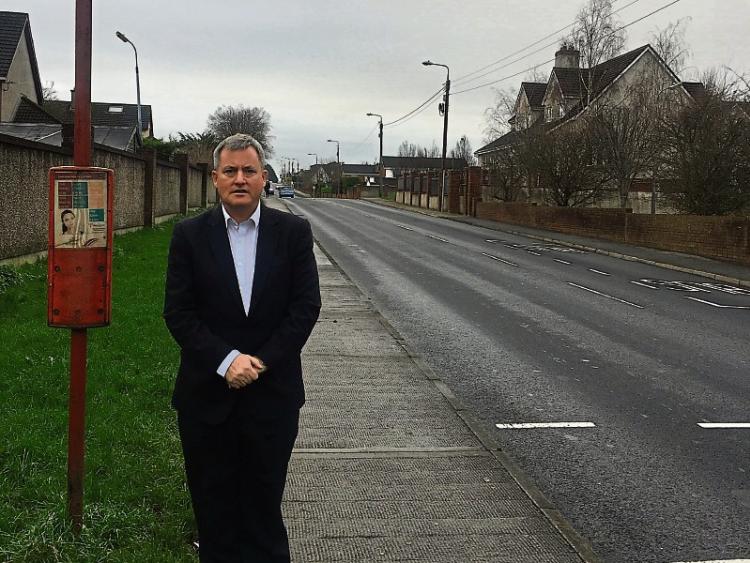 FINE Gael Senator Kieran O’Donnell has made contact with Bus éireann over the lack of a bus shelter on Fr Russell Road.

Mr O’Donnell has criticised the transport provider and council for not providing shelt​er from the elements for passengers awaiting bus line 301.

“I have been in contact with Limerick City and County Council on the urgent need for a Bus Shelter to be installed on the Father Russell Road,” Mr O’Donnell confirmed.

He pointed out to Limerick council that there are many elderly people using the twice-hourly bus service, adding: “They are waiting at bus stops in cold and wet weather and this cannot be allowed to continue. “

“The council advise me that they have plans for this Bus Shelter installation. However, they are currently carrying out a feasibility study to look at the installation of Bicycle lanes along the Father Russell road and this will inform where the bus shelter will be placed. It is expected this study will be completed by February and that the bus shelter will be in place shortly thereafter,” he added.

Mr O’Donnell pledged to continue to keep the matter high on the agenda until this happens.

The issue of the provision of bus shelters was raised at the council’s transport committee meeting two weeks ago, with a particular issue being in the rural area.

Its chairman, Cllr Frankie Daly said: “Bus shelters are critical, particularly for the elderly people and those with disabilities, it’s of paramount importance. It’s something I have been calling for since I was elected. It’s been one of my priorities.”