EXCLUSIVE: University of Limerick to open new campus in heart of city with 2,000 students 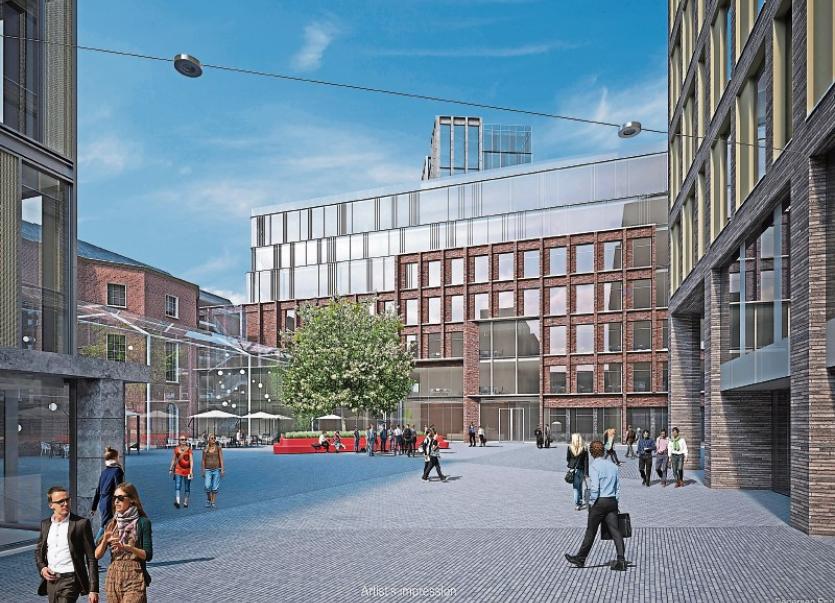 THE University of Limerick has confirmed that it plans to open a city centre campus by 2022 – a move which will bring 2,000 students and 100 staff.

The Limerick Leader can exclusively reveal the college’s governing authority has formally sanctioned plans to develop what they describe as a “UL city campus”.

Talks have kicked off with Limerick City and County Council to establish a location, with a University of Limerick (UL) spokesperson saying its preferred site is the €180m Project Opera development at Patrick Street.

The news will come as a huge boost for businesses in the city centre, many of whom have missed out on trade which comes from UL students who at present, tend to remain largely in the Castletroy area.

The campus will house up to 2,000 students and over 100 staff in the heart of Limerick, UL has confirmed, with president Dr Des Fitzgerald saying: “It will aim to bring together law, business and entrepreneurship in technology and create a hub for developing and supporting enterprises in the city.”

He added: “It will allow for the further development of existing collaborations with the practitioner base in business, law, education, health and the growing number of technology companies.”

The move has also been warmly welcomed by David Conway, the boss of Limerick Twenty Thirty, charged with delivering the massive Project Opera scheme, which will see a mix of office, retail, and civic spaces.

“This is, in the first instance, a very positive development for Limerick and the region. A city centre with a third level student [campus] is a familiar component of a modern and successful European City”.

He said Limerick Twenty Thirty – which will also help transform a number of other city centre sites – has “ample capacity to facilitate their interest.”

The news comes in a week where Mr Conway outlined plans to develop a major tourist attraction at the old Cleeve’s toffee factory in O’Callaghan Strand, something he thinks can rival Belfast’s Titanic Quarter.

“Cleeve’s is a major statement for the city, it is prime land with river frontage and we want to see something iconic there which shows the new Limerick,” he said in an interview with the Sunday Business Post newspaper.

“This is what we are looking for. Something which will fit in with the city to make it a destination,” he said.

“This has to be something a little bit different that people want to travel to, be it school groups, the elderly or overseas visitors.”

Meanwhile, he also confirmed that the 112,000 square foot Gardens International site would open in January, with half the building pre-let – as revealed by the Leader – to Nordic Aviation.

When Project Opera opens next year, Revenue will be one of the tenants, and will be joined by a library, hotel, other offices, retail units and limited residential.

Also, one of the ‘parcels’ of land in Project Opera is to be zoned for educational use, something UL could capitalise upon. ​

It’s estimated the development will generate more than 3,000 jobs.

A final planning application will be made to An Bord Pleanala on the transformational project early in the New Year, following a series of public consultations over the last fortnight.

For decades, there have been calls for UL to locate in the city centre.

Early proposals for the Limerick 2030 plan – unveiled in the summer of 2013 – contained plans for a third level campus in the Opera Centre project. Then, what was mooted was for the Limerick Institute of Technology, UL and Mary Immaculate College to work in tandem.