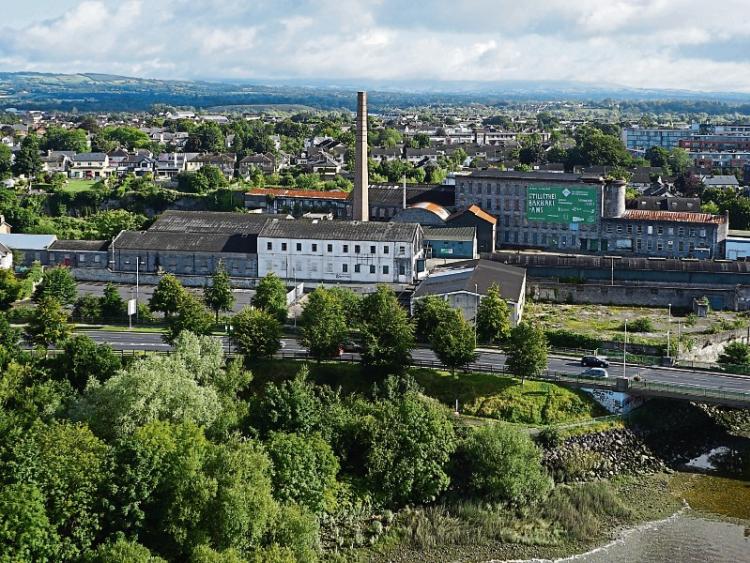 The Cleeves factory project could deliver upwards of 3,000 jobs

TWO strongly-mooted projects in the city and near the University of Limerick, worth an estimated €2.2bn, have the potential to bring more than 6,000 jobs to the region, according to weekend reports.

The chief executive of Limerick Twenty-Thirty, David Conway has indicated plans are in place to create a major tourism attraction at the Cleeves factory site over the next five years.

The €200m development, comprising residential, commercial, retail and educational facilities, could deliver more than 3,000 jobs to the region.

In an interview with the Sunday Business Post, Mr Conway said: “Cleeves is a major statement for the city. It is prime land with river frontage and we want to see something iconic there that shows the new Limerick.”

A spokesperson was contacted for comment on the proposed project.

Other significant Twenty-Thirty developments include Gardens International, which is expected to open in the New Year, an expansion to Troy Studios, the Opera site, and hundreds of homes in Mungret.

According to the Sunday Business Post, Clare County Council will contact Minister Murphy in January to apply to designate the proposed university town area as a strategic development zone.

It is envisaged that the major development will be led by one developer, with construction to commence as early as 2021.

The 325-acre site will comprise commercial and residential units, and is expected to bring 3,500 jobs in areas such as financial services, science and technology, and construction.

A Clare County Council spokesperson told the newspaper that it is “one of the most significant and exciting economic developments” in County Clare.