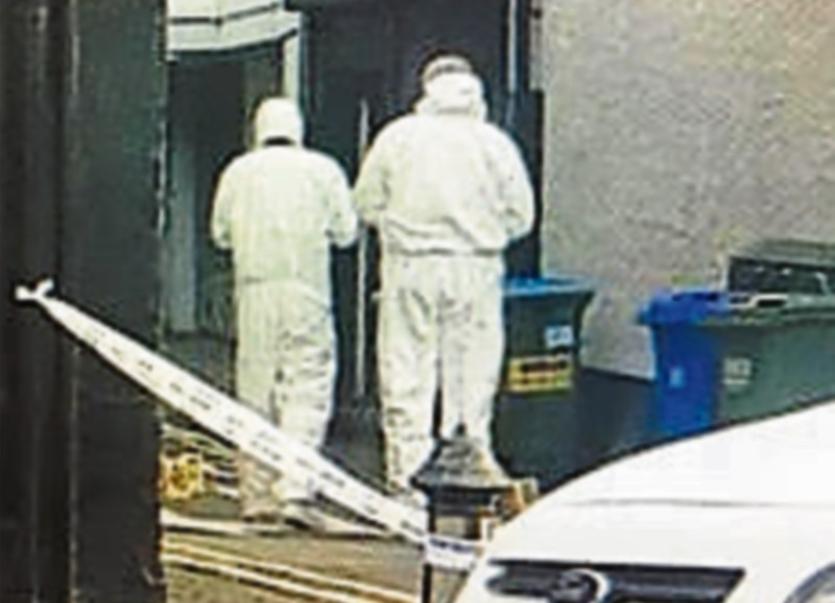 An investigation is underway after a garda was discovered with serious injuries in Limerick city centre PICTURE: LIAM BURKE

INVESTIGATIONS are continuing after an off-duty detective was found with a broken nose and two fractured cheekbones following an attack in Limerick on Tuesday night.

The detective was discovered with serious injuries in the Augustinian Lane area, near Roches Street, at approximately 2.30 am on Tuesday night.

His phone was also stolen in the attack.

The garda, who was off-duty at the time of his assault, is based in Dublin, it is understood.

He was believed to be in Limerick investigating a vintage car scam, according to the Irish Daily Star.

The officer was taken by ambulance to University Hospital Limerick where he received treatment for his injuries.

On Wednesday morning, the area was sealed off while the Garda Forensics team carried out an examination of the scene.

No arrests have been made and investigations are ongoing, a garda spokesperson confirmed.

"Gardaí are appealing for witnesses to contact Henry Street Garda Station on 061-212400."