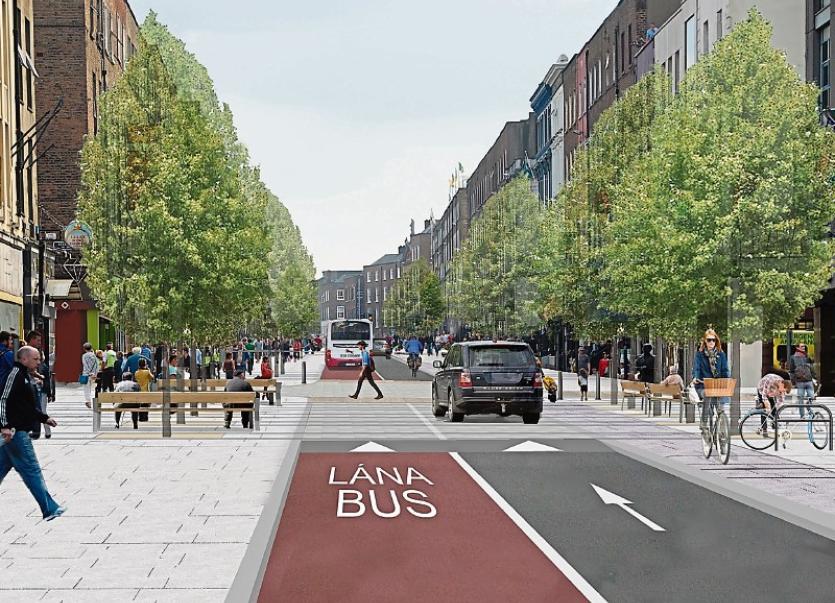 The revitalisation of O'Connell Street is getting €905,000 under the scheme

SEVEN projects across Limerick city centre are to get more than €6m in regeneration funding, it was confirmed this Monday.

The schemes are being given the money under the Urban Regeneration and Development scheme, announced by Taoiseach Leo Varadkar.

A ‘world class waterfront’ for the city centre has been given €2.7m in principle, while a social and economic model has also secured a share of €2.7m.

A digital virtual reality centre has secured funding-in-principle for €2.7m, while the Living Georgian City rejuvenation project, has also been given €2.7m in principle.

The funding will be matched by at least 25% in direct grants from public or private sources, and has been welcomed by local Fine Gael Senators Kieran O’Donnell and Maria Byrne.

“This is very welcome news for us here in Limerick City and facilitates the on-going progressive development and transformation of our city centre as a great place to live and work in. The seven projects funded here form part of the Limerick 2030 strategy for our city centre,” said Mr O’Donnell, who sees this as “just the start of a process whereby we continue to apply and receive funding under further rounds towards the continued development of our vibrant city.”

Ms Byrne added that it is a “significant milestone” in Limerick’s development.

“This funding will enable these projects to move forward and for the city centre to be transformed as an attractive place for people to live, work and visit. The Urban Regeneration and Development Fund represents an unprecedented opportunity to strengthen the fabric of Limerick & the Mid-West,” she added.

“The scale of the funding allocated shows that this Government understands the need for proper investment in Limerick and is committed to supporting the Mid West Region.”

Mr Varadkar has announced a total of €100m for projects nationwide under the urban regeneration fund.