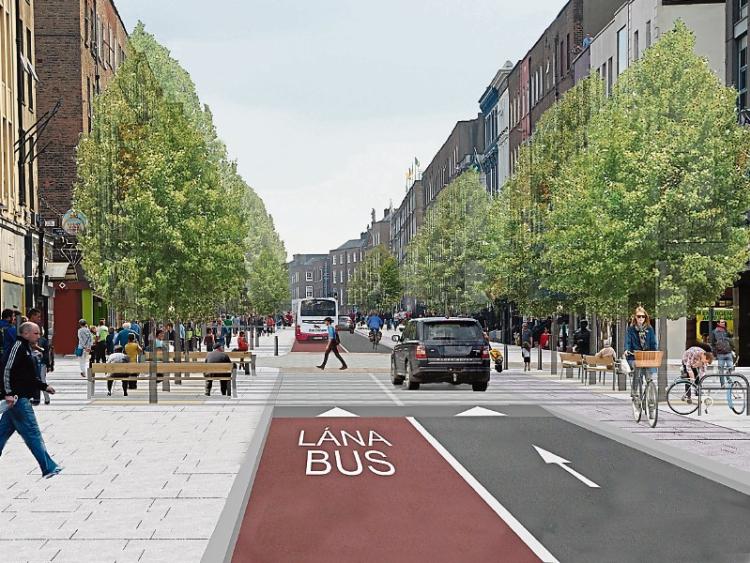 An artists' rendering of the proposed €9m O'Connell Street plan

IT could now be at least 2022 before the €9m revitalisation scheme in O’Connell Street is complete.

And the final arbiters of the high-profile plan will also be An Bord Pleanala in Dublin, rather than local Limerick councillors, it was confirmed at this month’s metropolitan meeting.

Council official Joe Delaney confirmed following an Environmental Impact Statement (EIS), it was decided the much-publicised plans should be decided by the national appeals body.

He said this is necessary due to the fact that traffic will be restricted in O’Connell Street, businesses will be impacted, and also building will take place around protected structures.

Cllr Daniel Butler, Fine Gael, told the meeting he fears a 14 month delay before work on the project can even get under way in earnest.