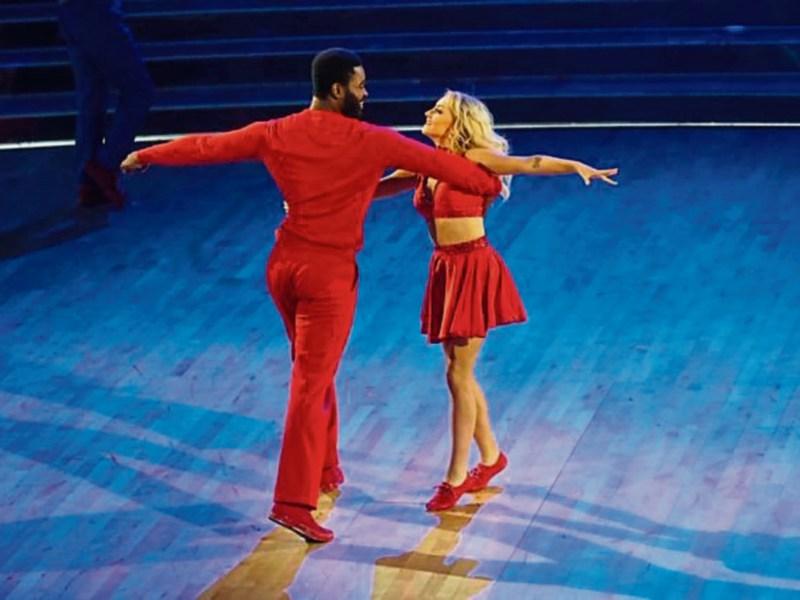 THE LIMERICK father of Evanna Lynch has thanked supporters for helping her come so close to winning the high-profile Dancing with the Stars in America.

Donal, from Murroe, and wife Marguerite Lynch were in Los Angeles to see their actress daughter perform in the final and come third with Keo Motsepe.

“Sincere thanks to the people of the Mid-West who responded to our request to help gather votes among their friends in America. While details of the popular vote are not revealed we understand that the decisive popular vote for the first three contesting couples was very close, down perhaps to one thousand votes between them.

“For a relatively unknown non dancer to garner so many votes from the American public must surely be an indication of how the Irish in the US got behind Evanna and Keo,” said Donal.

While delighted at the journey Evanna has danced through he says they were, of course, disappointed with the result on Monday night.

“Especially as Evanna and Keo came out on top on the night with a perfect score of 60/60 from the three judges for their two dances. But, as they say, ‘that’s sport for you’. She enjoyed every moment of the series, she amazed us and the judges from week to week with her dancing and she brought communities together in following and supporting her.

“She promised to dance her heart out. That she did. In the words of one of my friends, ‘when you leave it all on the pitch (stage) you can do no more’. So, no tears and no regrets,” said Donal.

Evanna’s Harry Potter cast colleagues had wished her well in advance of the final, as did Leona Lewis.

Best of luck for our Evanna (@Evy_Lynch) & Keo to the #DWTSfinale