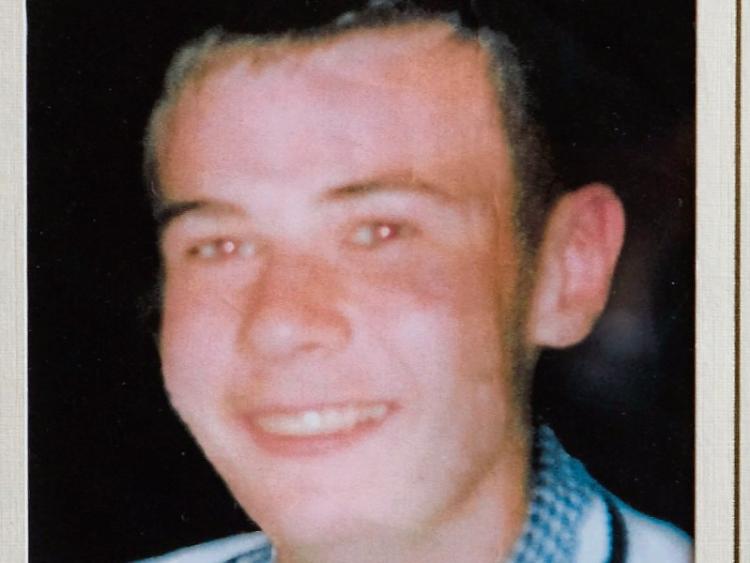 Aengus ‘Gussie’ Shanahan will be laid to rest this weekend

AENGUS ‘Gussie’ Shanahan, the 20-year-old Limerick man who was missing for 18 years, will be “finally laid to rest” this weekend, it has been announced.

On October 23, gardai confirmed that remains discovered in 2001 belonged to the late Gussie Shanahan, who was first reported missing in February 2000.

And this Saturday, family and friends of Gussie will say their final farewells at a Funeral Mass at Our Lady of the Rosary Church, Ennis Road, following by a private burial for family and relatives.

A death notice, published this Monday afternoon, said: “To mark the Passing of Aengus (Gussie) Shanahan, Ashbrook, Ennis Road, Limerick who has been missing since the 11th February 2000 and after 18 years of searching is finally been laid to rest.”

Gussie is the beloved son of Bob and the late Nancy (Tuohy) Shanahan, adored brother of Roibeard and sisters Grainne and Reiltin, brothers-in-law Gordon and David, sister-in-law Edwina, nephews Conor, Jack and Dylan and nieces Emily and Annie, extended family and friends.

Meanwhile, gardai at Roxboro Road have launched a new investigation into the circumstances surrounding Gussie’s death.

Supt Eamon O’Neill is appealing for anyone who knows what happened to Gussie between the time he was last seen and his death.

Gussie, of Ashbrook, Ennis Road, was last seen at Old School House Lane, near Barrington Street, after 10.30pm on February 11, 2000.