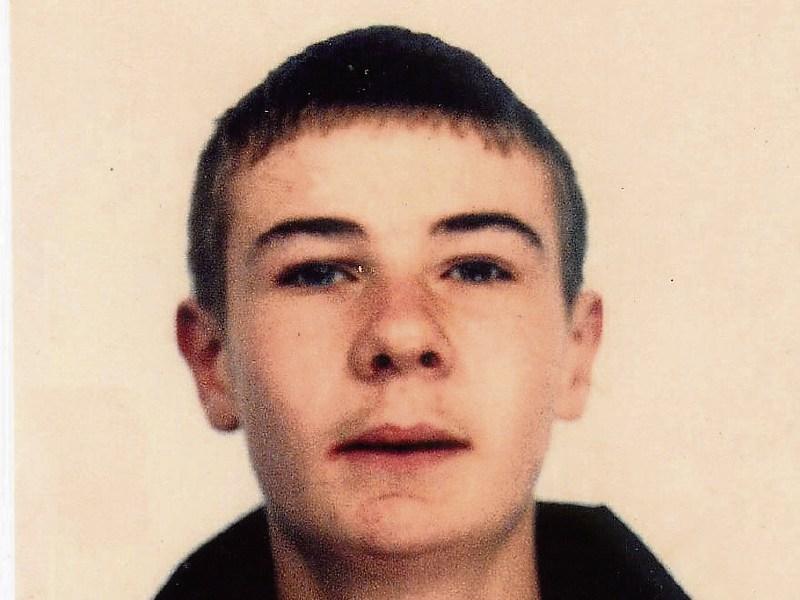 GARDAI investigating the whereabouts of Limerick man Aengus ‘Gussie’ Shanahan have confirmed that partial body remains discovered in 2001 belong to the man who has been missing for 18 years.

Gussie, aged 20, was first reported missing on February 11, 2000, was last seen at Old School House Lane, near Barrington Street, after spending some time at Coopers Bar, on Joseph Street.

In a statement this Tuesday afternoon, gardai said that they have linked the Ennis Road man’s DNA to partial remains that were discovered by the Bunratty Search and Rescue Team at Quay Island, Bunratty, on October 28, 2001.

“Developments in DNA technologies have afforded a re-examination of the remains for comparison against samples submitted from relatives of missing persons. An Garda Siochana has been informed that the remains belong to missing person, Aengus Shanhan,” gardai stated.

Investigating Gardaí at Roxboro Road have carried out extensive enquiries since Aengus was reported missing, including several media appeals for information and appeals made on Crimecall/Crimeline over the 18 years.

The Gardai at Roxboro Road have now commenced a complete review of the circumstances of the disappearance of Aengus Shanahan on the 11th February 2000.

Speaking at Roxboro Road Garda Station today, Superintendent O Neill said: “We continue to appeal for any information in relation to Aengus ‘Gussie’ Shanahan. Gussie was last seen on the 11th February 2000. He went to Coopers bar on St Joseph’s Street, Limerick with some friends and left the bar on his own at approximately 10.30pm.

“He then walked onto Old School House Lane, which connects with Barrington Street, where he was last seen. Gussie is described as 5ft 10ins, thin build, pale complexion and fair hair. Anyone who has any information is asked to contact Roxboro Road Garda Station on 061-214340, the Garda Confidential Line on 1800-666-111 or any Garda Station.”

A family liaison officer has kept in contact with the family throughout the investigation. The family have been informed of the DNA results and have requested privacy at this time.