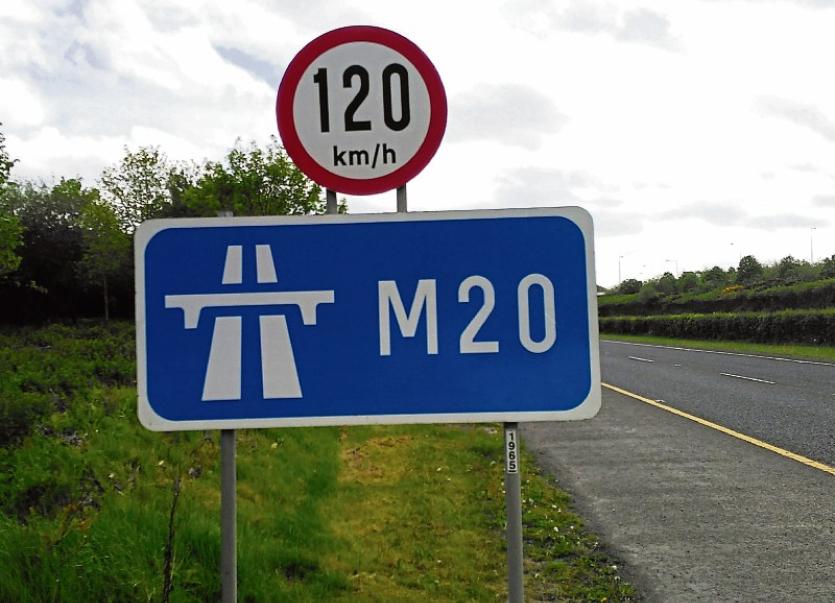 The M20 could generate over 5,000 jobs, the Limerick Chamber has said

LIMERICK City and County Council has put in place an internal project delivery team for the €1bn M20 project.

The news was revealed this Monday afternoon by the Limerick Chamber, which held meetings with the group alongside its counterparts in Cork.

It’s widely hoped the Limerick to Cork motorway is open by 2027, with the tender now out for the designers of the project, which will be managed from Limerick council’s offices at Dooradoyle.

Limerick Chamber chief executive Dee Ryan said: “The appointment of the project delivery team in Limerick City and County Council is a key milestone in getting this strategic infrastructure moving to unlock new social and economic opportunities along the Atlantic Corridor. We look forward to working with the delivery team and the appointed project contractors to ensure the M20 gets moving as quickly as possible.”

A Limerick Chamber-Cork Chamber report last year found the 80km motorway could trigger up to 5,300 additional jobs in the region, and increase the labour force within a 45-minute commute of major employment centres by 23%. The report also confirmed that the existing N20 between Cork and Limerick has significant capacity constraints that inhibit economic development and compromises safety.

Conor Healy, Cork Chamber chief executive added: “At time of growing international uncertainty, it is critical that we progress this project promptly to improve the competitive environment of Irish business. The M20 has the capacity to positively influence balanced regional development on the island like no other project with 98% of all chamber members across the region favouring its construction.”