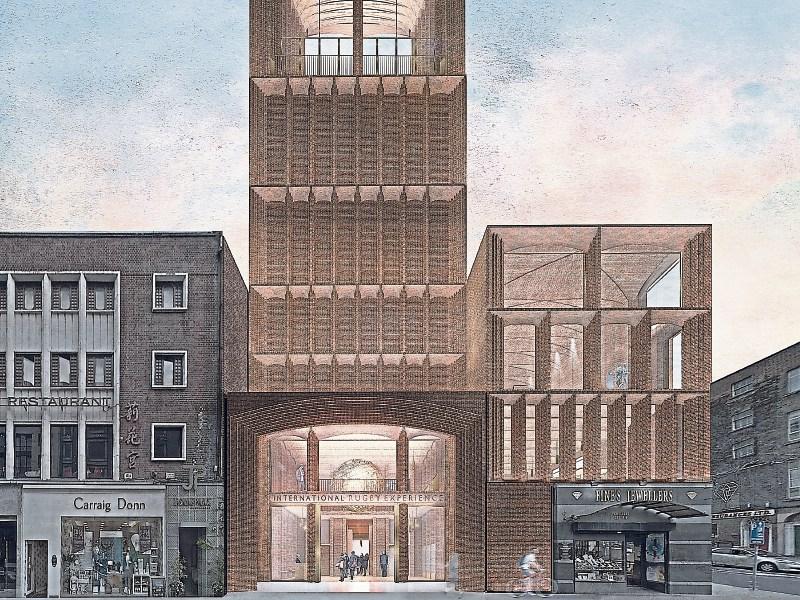 PLANNING permission has been granted to the JP McManus-backed Limerick rugby museum by An Bord Pleanala.

The body has granted planning to the International Rugby Experience on O’Connell Street, which had been the subject of an appeal by An Taisce against the decision by Limerick City and County Council to grant permission in February.

The green light for the project, run by Rugby World Experience Limited and backed by JP McManus to the tune of €10m and endorsed by Paul O’Connell, has been hailed as “big news” by Limerick TD Niall Collins.

“An Bord Pleanala has granted planning permission to JP McManus to develop the ‘International Rugby Experience’ in the City Centre. This is very welcome news and will hugely add to the sport and tourism offering in Limerick,” he said.

“This is a €30m investment that will bring tens of thousands of visitors to Limerick, which is hugely positive,” he added.

It is understood that An Bord Pleanala's permission for the project has not changed the original planning conditions set down when the project was given the go-ahead by the council in February, specifically there are no changes to the height of the plan.

Up to 100 jobs are expected to be created.

The multi-million proposals will see the demolition of numbers 40 and 41 O’Connell Street, as well as the knocking of the first three floors at the neighbouring building. Number one Cecil Street will also be demolished to make way for the development.

In their place, there will be a seven-storey buiding, with a two-storey portico fronting O’Connell Street, and a two-storey block to the rear.

The appeal was made by An Taisce on a number of conservational grounds.

Former Irish and Munster rugby captain Paul O’Connell has previously said: “We truly hope it will celebrate the sport of rugby on a global scale through a state-of-the-art and iconic building.”

He said he hopes the project will “dovetail well” with the Limerick 2030 plan, charged with transforming huge portions of the city, including notably new office developments at Project Opera and Gardens International.

The visitor attraction has been designed by internationally renowned architect Niall McLaughlin. Work on the museum could begin as early as 2019.