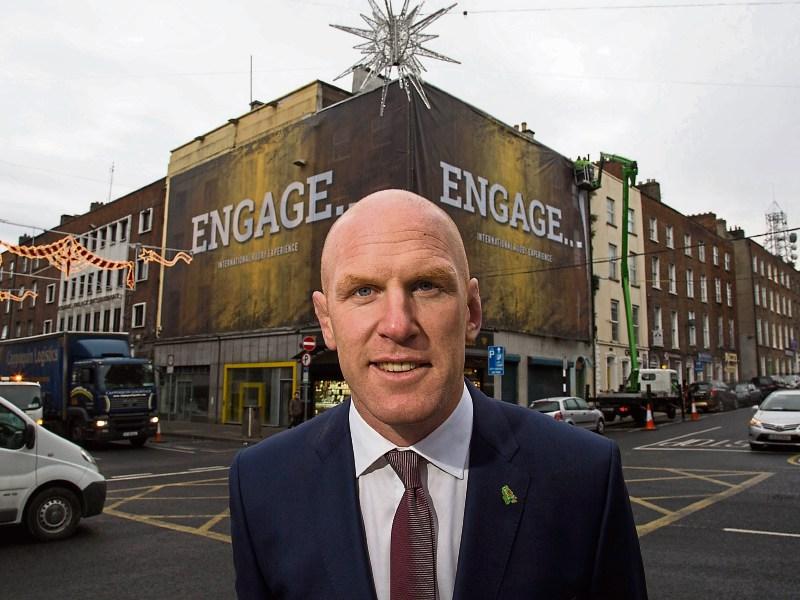 Paul O'Connell at the site for the International Rugby Experience on O'Connell Street and below, the plan by Níall McLaughlin architects

THE first image of a new €10m international rugby attraction backed by Paul O’Connell and JP McManus, which could bring thousands of visitors to Limerick, has been unveiled.

The Limerick Leader can exclusively reveal the initial architectural impression for the new International Rugby Experience museum, set for O’Connell Street in the city’s heart.

If the development at 40/42 O’Connell Street gets the go-ahead, it will deliver up to 100 construction jobs, as well as many permanent roles thereafter.

Planning permission is to be sought by Rugby World Experience Ltd for an interactive, multi-media visitor centre “celebrating the sport of rugby on a global scale through a state-of- the-art and iconic building”. 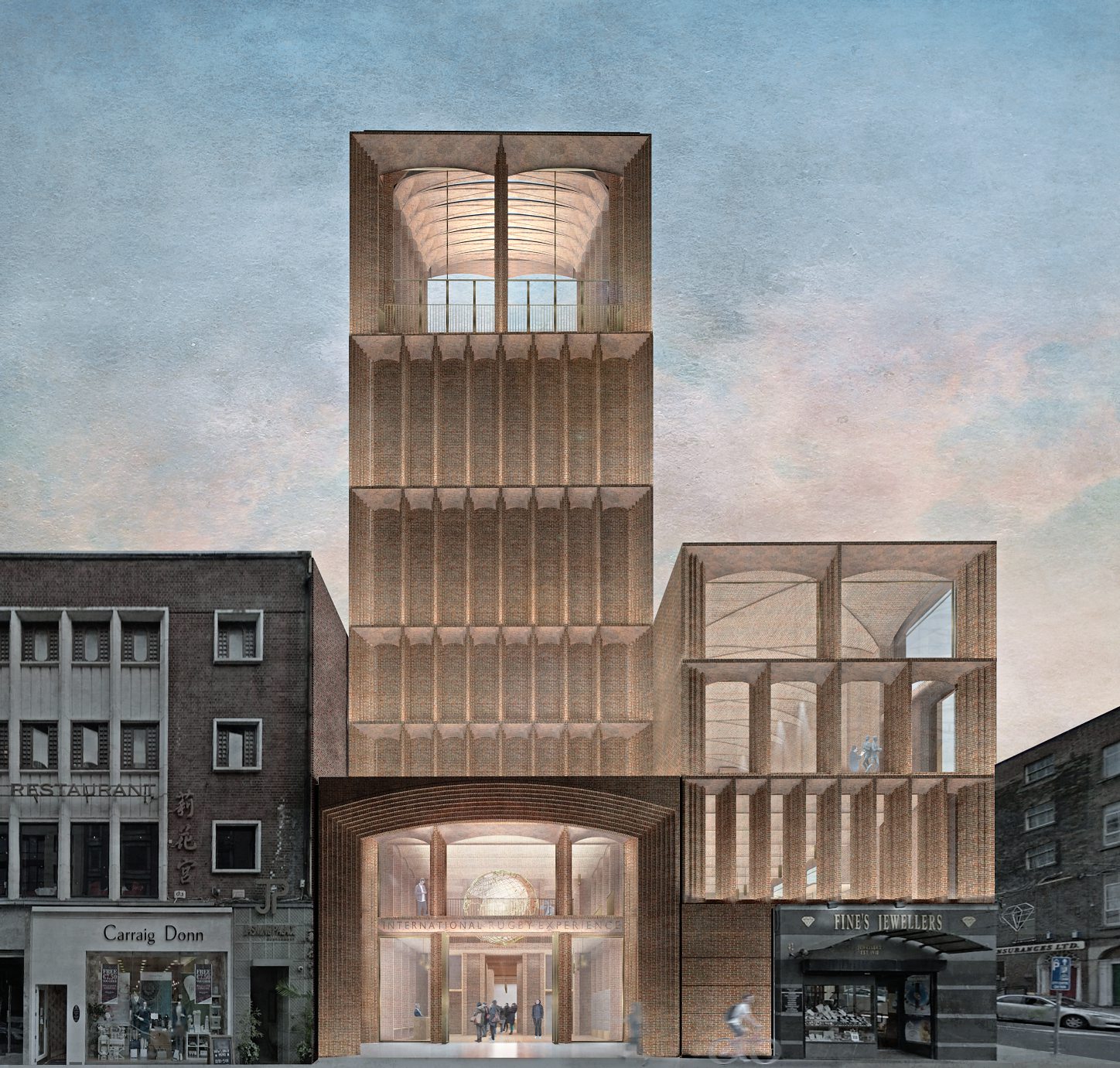 The ambitions plans – described by Munster rugby legend Paul O’Connell, chairman of the board behind the project, as “very special for the city” – will fill a high-tech 30,000 square foot exhibition space, and will bring together dramatic 4D interactive galleries and exhibits celebrating historic moments from the history of rugby.

The blueprint – funded by an initial €10m JP McManus investment – will see the demolition of numbers 40 and 41 O’Connell Street, as well as the knocking of the first three floors at the neighbouring building. Number One Cecil Street will also make way for the development.

In their place, there will be a seven-storey buiding, with a two-storey portico fronting O’Connell Street, and a two-storey block to the rear.

Speaking exclusively to the Limerick Leader, former Irish captain Paul O’Connell, who chairs the advisory board behind the scheme, said: “After many months of planning and design, we are particularly excited the team has now created something very special for the heart of the city. We truly hope it will celebrate the sport of rugby on a global scale through a state-of-the-art and iconic building.”

He said he hopes the project will “dovetail well” with the Limerick 2030 plan, charged with transforming huge portions of the city, including notably Project Opera and Gardens International, adding "we look forward to progressing to the next stage of the construction process".

The visitor attraction has been designed by internationally renowned architects Niall McLaughlin. The developers behind the scheme have lodged the plan with Limerick City and County Council planning office.

It is hoped that the International Rugby Experience will open by early 2019.