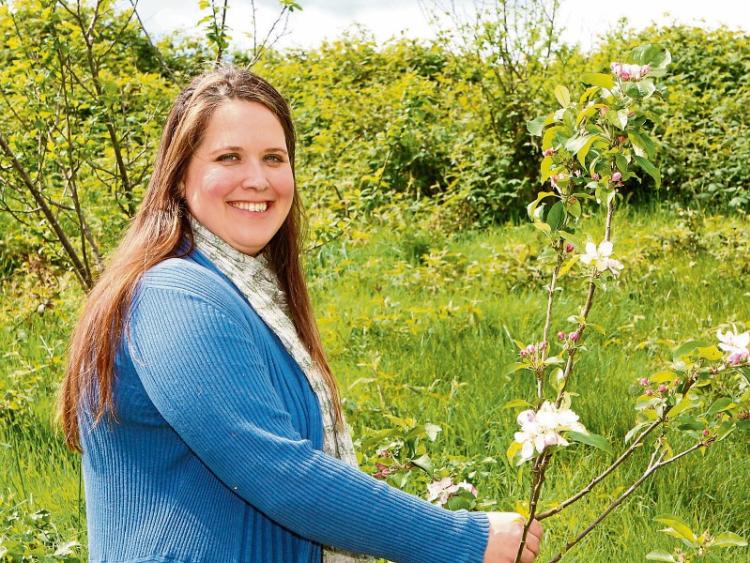 Theresa Storey, of The Green Apron

THE Golden Vale is renowned for producing top quality milk but now it is growing tea to go with it.

Theresa Storey, who runs The Green Apron in Ballingarry, has started a tea plantation at their farm. Theresa, of the award-winning artisan preserve company, dipped her toe in the ‘boiling’ water of tea growing when she bought 20 tea bushes. But now she has expanded and purchased 400.

Theresa has made two tea varieties thus far, Brew No. 1 – a nettle and chocolate mint tea, and Brew No. 2 – a green tea. She has started selling them under The Green Apron label in the Milk Market this autumn. One of her green teas was picked in the finals for Blas na hEireann. To date, The Green Apron has 15 Blas awards including Best in Farmers' Market this year.

Theresa doesn’t think there is anybody growing tea in southern Ireland but there is no reason why it can’t thrive here.

“There are some that grow in Russia so surely they will take our climate. The plantations in India are up in the mountains where it is cold and misty. Parts of Sri Lanka is very like Scotland. A lot of tea plantations there were actually set up by Scottish people,” explains Theresa.

Closer to home, she says that tea was grown in Wales during World War II.

“It was to try and deal with England’s tea needs when all shipping was at the mercy of the German U-boats. There is currently quite a large plantation in Cornwall at Tregothnan. I went over there and took an intensive growers course and imported hundreds of young tea bushes and we are growing them here now.

“It was in the spring during the storm. We already had about 20 or 30 tea bushes but I needed to know how to actually grow everything, the tips and tricks and absorb their 20 years of growing knowledge,” said Theresa.

As a plant scientist she will be able to cross breed her teas to develop one perfectly suited to our climate.

Her passion for this novel initiative shines through.

“I’m so excited about our tea plants. I’ve been driving everyone mad boring on about them!” she laughs.

“I would do some research then I would forget and then do some more research. I was watching Countryfile on BBC one day and somebody was planting tea in Scotland. I said, ‘Hang on a minute that was a genius plan of my mine!’ Then I started doing more research and I went over to Cornwall to learn from the best,” she explained.

Mother Nature got in the way of Theresa’s plans during the summer.

“At the moment all the tea bushes are outside in containers. I’m going to move them in soon because they are small. I was going to plant a lot of them in the summer but with the drought I was afraid they would be so shook because we couldn’t keep them watered. It was so hot and they like to be shaded.

“Some proportion will be going out next spring once the bad frosts go. We are still experimenting so there will be some in green houses, some in polytunnels, some outside.”

Theresa, her husband Dr Mike Cosgrave and their three children – Alex, Bella and Athene – have plenty of space in Ballingarry for their tea plantation.

“We have got two farms used for cattle and fodder. One of the problems is that teas can be very picky, they are very delicate. They will grow perfectly fine in one part of the farm and then a couple of hundred metres away they will just give up the ghost. I’ve been out with my pH meter measuring the pH of all the different parts and checking the soil of all the different parts.”

Theresa says with changing climates and potential transport issues we need to be producing a greater range of food here in Ireland.

“One of my hats is being an environmental scientist so it’s important that we try to be as sustainable as possible in our business and at home. I was looking at the food miles involved in what we use and eat and started to explore how we could grow caffeine producing plants here as that’s something everyone uses everyday.”  The ultimate plan is to make dark teas but it is a complicated process. “I very much want to be doing dark teas. I love lapsang souchong. I’m looking at building a smoker so that we can start producing a nice smoked tea.”