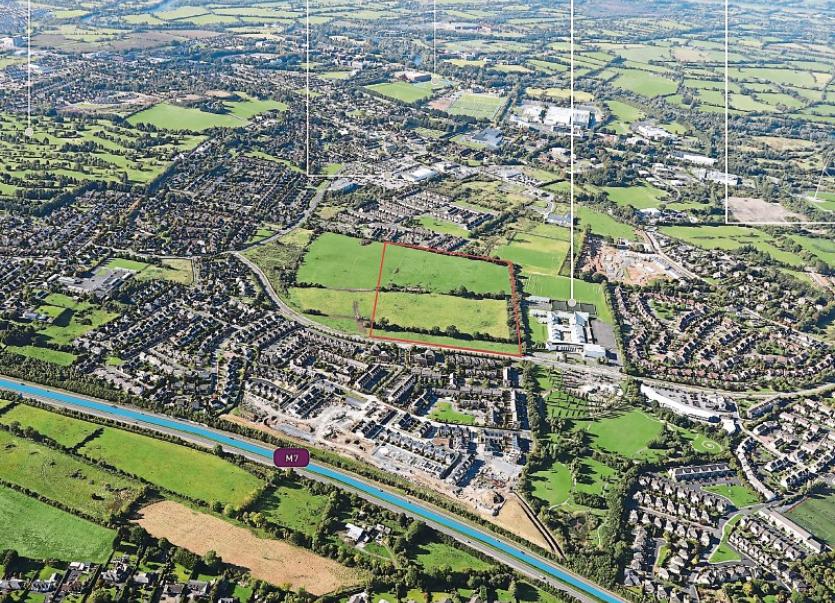 Almost 23 acres of zoned residential development, close to Castletroy College, is to be put on the open market for €6.8m

ALMOST 23 acres of zoned residential development land in Limerick, close to Castletroy College, is to be put on the open market for €6.8m.

The 22.8 acre greenfield site in Monaleen has been described as “one of the best residential development sites to come to the market for some time in Limerick” by its sellers Savills, with the site situated “in a hugely popular residential location given the superb amenities and ease of access to the city centre.”

“We expect strong interest both locally and nationally as the market will see this as an ideal opportunity to acquire a large landbank capable of accommodating a large volume of houses in one of Limerick’s most desirable residential addresses.”

According to Savills, the area will be “familiar” to developers who have been keeping an eye on the neighbouring Bloomfield development, located immediately opposite.

“A number of new phases have been released in the last 18 to 24 months with strong interest and take up being recorded as well as a healthy growth in asking prices.”

“That level of activity bodes well for future development with the area seen as one of Limerick’s most desirable residential locations, given its ease of access to and from the city centre as well as the abundance of amenities located nearby.”

According to Savills, the site consists of undeveloped land extending to approximately 9.23 hectare, bordering a residential estate type development to the north and Castletroy College to the east.

“As a location, Castletroy offers a high quality living environment with a number of primary and secondary level schools and sports clubs catering for GAA, rugby and soccer.”

“Golf enthusiasts will be glad to note that Castletroy Golf Club is located a mere 2km to the west while Thomond Park and Limerick Gaelic Grounds are located approximately 8km to the west.”

“The area is also well serviced in terms of employment with the National Technology Park situated 1km to the north and occupying large multinational companies such as Cook Medical, Ethicon, Vistakon and Northern Trust.”

The site is expected to be offered to the open market at a guide of €6.8m, with a best bids date set for Tuesday, November 13.