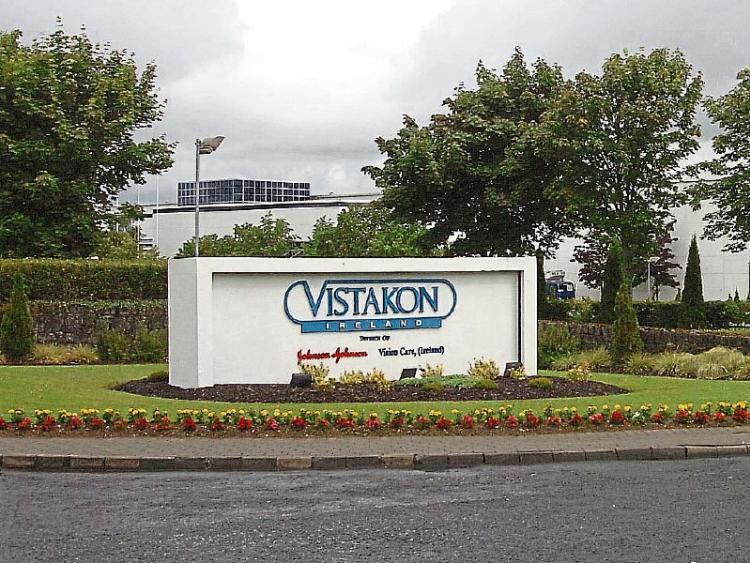 ONE of Limerick’s biggest employers is gearing up for a further extension, in a move which could see up to 100 new jobs.

The Limerick Leader understands from high-level sources that Johnson & Johnson Vision Care, which manufactures contact lenses in the Plassey National Technology Park could announce the positions before the year is out, or early next year.

Mayor James Collins has welcomed the move, but (referring to the Northern Distributor Road) said: “We need to be mindful that we put the proper infrastructure in place.”

Johnson & Johnson Vision Care has announced its intention to seek an expansion at its facility in the east of Limerick city.

The proposals would bring an extension to the main building comprising the construction of an extended production hall. There would also be a new two-storey block to support the production, and a single storey loading bay.

The staff car park would be extended under the plans to provide for 104 new car parking spaces.

A company source stated: “We’re always looking to secure investment, but you can not have an absolute guarantee of a project being delivered. Often years ahead of time, we put planning permissions in place, so when we go to bid for projects, we know the permissions are ready to go.”

Mayor Collins said from the planning application – which needs to be lodged in the next fortnight – “we can only surmise Johnson and Johnson is looking for permission for a large expansion of its facility, and jobs will be created off the back of it.

“We created 3,000 jobs last year and we probably need to create 3,000 every year for the next while. A lot of my focus as mayor has been on trying to generate jobs and get people back working,” he said.

The mayor, however, urged the government to step in to ensure the proper services are in place around job creation.

“We need the government to step up and provide funding to put the transport infrastructure in place,” he said.

Meanwhile, the Limerick Leader has also learnt this week that plans by Johnson & Johnson to erect a second wind turbine outside its factory will be back on the table in the new year.

“What we won’t want to be doing is rushing it. At the end of the day, we want to be good neighbours. We are all from around here. We’re not going to please all the people all the time, but we want to do everything we can and be as good a neighbour as we can,” the source added.

Initial plans for a second wind turbine were shelved after opposition from residents.

Johnson & Johnson declined to formally comment, as did IDA Ireland, with a spokesperson saying it is a company’s own prerogative to confirm jobs announcements.

Johnson & Johnson, one of Limerick’s biggest employers with close on 1,000 people on its books in the city, will need to provide the council with planning documents in the next fortnight to progress its case.