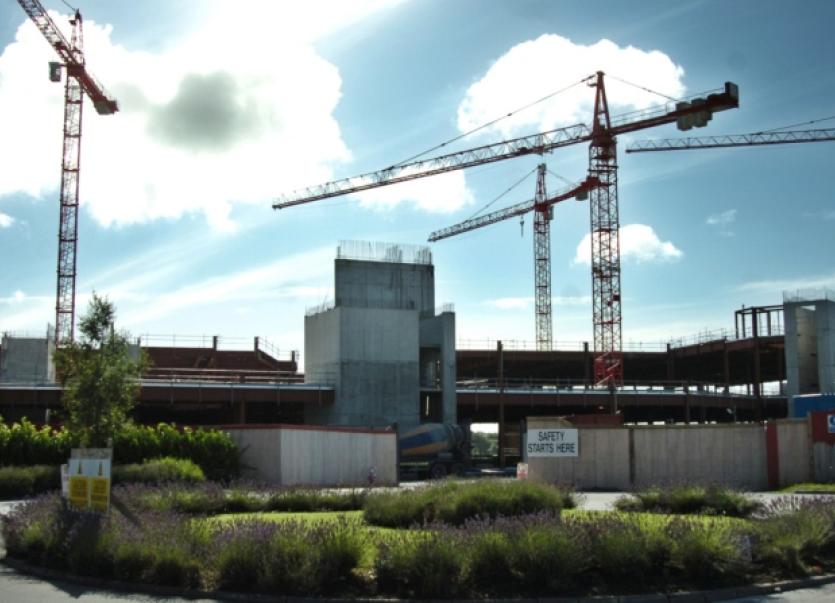 MARKS & Spencer has announced this morning their plans to open a flagship store at the former Parkway Valley site on the Dublin Road by the autumn of 2016, creating 250 jobs.

MARKS & Spencer has announced this morning their plans to open a flagship store at the former Parkway Valley site on the Dublin Road by the autumn of 2016, creating 250 jobs.

In a statement from the British chain regarding their future Irish operations, M&S said a new flagship store is proposed for Liam Carroll’s former development site on the Dublin Road.

Now spearheaded by Belfast based developer Suneil Sharma, who was one of the original investors in the Opera centre in the city, Mr Sharma told the Limerick Leader this morning that he’s “delighted they’re going to be one of the key retailers” for the site, now renamed Horizon Mall.

He said further announcements will be made in the coming months.

Mr Sharma said he wanted to get away from the former “negative” connotations of Parkway Valley, and said the development represents a “new horizon” for Limerick.

While the rise of out-of-town shopping has been heavily criticised in Limerick, Mr Sharma said: “This is not a negative for Limerick or Limerick city. There are lots of positives and it’s going to bring many millions of disposable income into the region.”

The M&S store proposed for Limerick will be a 72,000 sq ft flagship store that will anchor the proposed new Horizon Mall (formerly Parkway Valley) that is subject to planning consent.

M&S previously planned to open a flagship store at the Crescent Shopping Centre, but these were eventually defeated by An Bord Pleanala due to concerns about declining trade and footfall in the city centre.

The stores did not open today, as communication with the affected employees commenced this morning. The stores will be closed for the remainder of the day and it is intended that the stores will re-open tomorrow and trade until Saturday, August 17.

M&S said there will also be “a repositioning of the Grafton Street store as an M&S regional centre”.

“M&S remains fully committed to its Irish business. We have traded here for the last 35 years, employ around 2,800 people and have extraordinarily loyal Irish customers, but the last few years have been very challenging. During this time our Republic of Ireland business has been under continuous review and we have made savings and found efficiencies wherever possible,” said Jonathan Glenister, head of M&S Ireland.

- See the weekend editions of the Limerick Leader for more reaction to this story, and to read Mr Sharma’s plans for the site