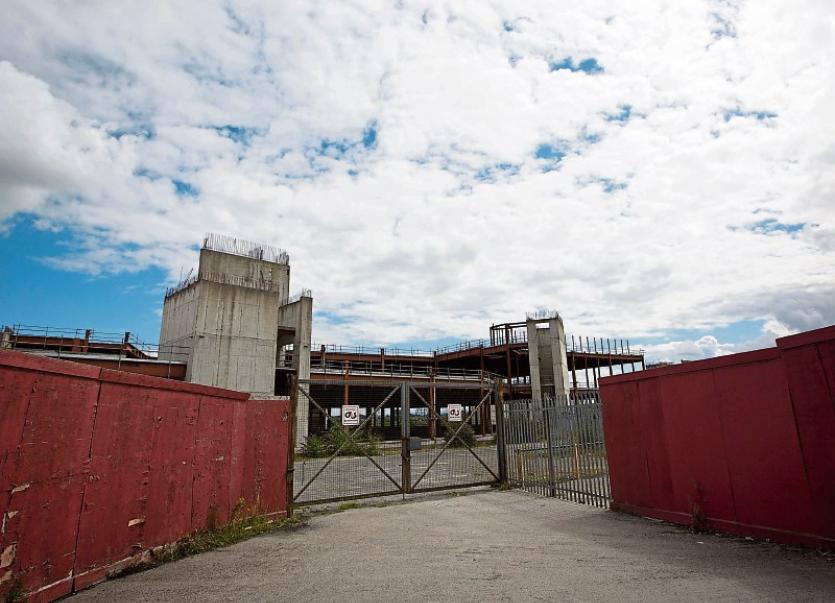 The owners of the Horizon Mall site, Capital Assets, are in ongoing talks” with Limerick City and County Council on a future use for the vast patch of land

THERE are fresh hopes this week that a long-derelict site in the city suburbs could get a new lease of life.

The Limerick Leader can confirm that the owners of the Horizon Mall site, Capital Assets, are in ongoing talks” with Limerick City and County Council on a future use for the vast patch of land.

It comes with just a month to go before a derelict site notice placed on the site – which was once earmarked to be a vast shopping centre – expires.

However, a spokesperson for Capital Assets, which purchased the site from developer Suneil Sharma in 2​015, said the firm had been in dialogue with council management.

It’s anticipated a planning application for a future use of the site – which has stood as a shell for  over a decade – may be forthcoming later this year.​

The local authority had issued a derelict site notice at the Dublin Road development last year – and once it expires in just 30 days, they can take action against the owners of the site.

This can include ongoing fines, and potentially other legal action.

City East councillor Jerry O’Dea, Fianna Fail, said that at present, it is a “blight” on the whole area, and he called for a mixed office/residential development to be put in there.

“Residents have had to deal with numerous problems including dumping, pest control and all of that. The Council has given a commitment to take proceedings after that, and i’d hope they live up to it,” he said.

At the height of the Celtic Tiger, the site was earmarked for a massive shopping centre, including an ice rink.

But after its original developer Liam Carroll fell into financial difficulties, it transferred to Nama.

Mid-way through the downturn, developer Mr Sharma purchased the complex from the body, and unveiled more modest plans for a shopping centre, including Limerick’s first Marks and Spencer.

These controversial plans were accepted by Limerick City and County Council, with very strict conditions which ultimately saw the proposals go by the wayside.

Cllr O’Dea, a member of the economic committee, does not think the future of the site lies in retail.

He added: “I’d like to see a mix of businesses. I don’t think any more retail is necessary. I think perhaps a business park mixed with some housing.

“It could provide space for lots of start-up companies.”

Limerick City and County Council declined to comment on its talks with Capital Assets, only to say it is: “available to speak with owners of sites where notices have been served.”