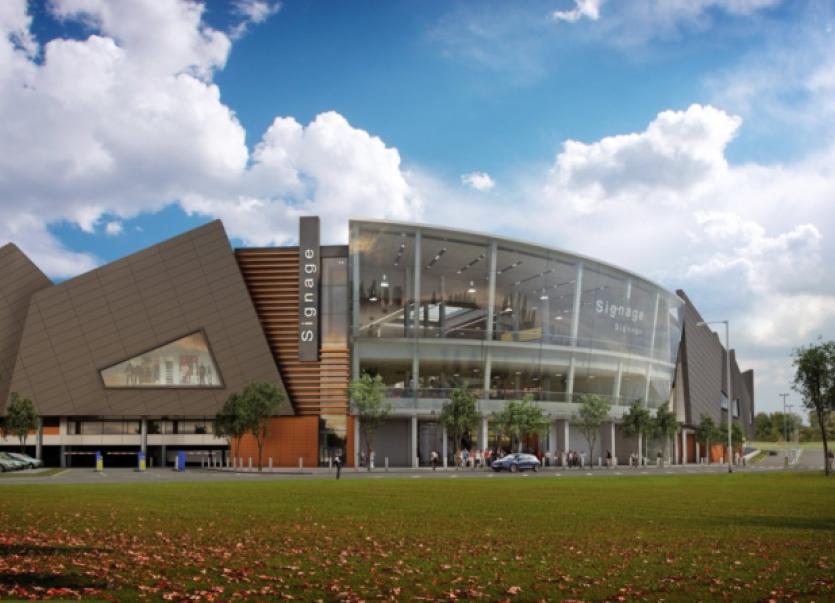 AFTER a four-day hearing at the High Court, a decision on whether the €100m Horizon Mall will be allowed to go ahead on the Dublin Road will be announced in February.

Senior counsel Eamon Galligan, acting on behalf of Belfast developer Suneil Sharma and his company, Regional Retail Property Development and Trading Ltd, urged the court to recognise that over €35m has been invested in the project – excluding land costs – to date.

Company accounts for Mr Sharma’s firm – seen by the Limerick Leader – show that Danske Bank hold a charge over the company’s assets relating to loans advanced amounting to nearly €41m.

“The commercial viability of the company is dependent on securing planning permission, finance to develop the shopping centre and secure tenants to generate future cash flows. The directors believe that this is achievable in the long term,” state the accounts.

The judicial review hearing is being taken by representatives of the Crescent Shopping Centre against An Bord Pleanala, which granted permission for the contentious development earlier this year.

In the fourth and final day of hearing, Mr Galligan said he believes his client is in a “strong position” in that he already has a partially completed development, “which should be given greater weight in the planning appeal”, as well as being granted planning permission on six successive occasions by the former Limerick County Council.

Revised plans were later refused by the joint local authority, and appealed to An Bord Pleanala this year by Mr Sharma, received along with a plethora of objections. The board found in his favour, but by a narrow margin of 4-3.

Mr Galligan argued that Mr Sharma’s most recent application was for revisions and mainly reductions to the planning permission earlier granted.

“Clearly we take the view that is an amendment to permission, rather than a standalone application, and the developer seeks to complete the development in accordance with the amended application,” said Mr Galligan.

He said An Bord Pleanala “had to exercise some judgement, but it’s up to the court to decide how the plan is interpreted.”

Mr Galligan was referring to the Mid-West Retail Strategy and the Development Plan, which position the city and not the suburbs in the top tier for development, specifically in the area of retail following the economic downturn. However, these plans were introduced some time after the parent planning permission was granted.

This was the deadline also previously set out by Limerick County Council, which felt that legally they had to grant permission giving the planning history on the site.

He said the joint local authority gave no recognition in their ruling to the previous instances where planning permission had been granted by their counterparts in the county. “There is no planning or legal basis to reject it outright when it’s an amended plan,” he said.

He said consideration must be given to the “suite of applications, all following on from each other” for the Parkway Valley site, later renamed Horizon Mall.

He said the plans were amended to make it “more commercially viable and to facilitate the completion of the development.”

However, senior counsel for the Crescent, Garrett Simons, instructed by Arthur Cox, said it is their case that the revised plans for the site should have been submitted as a standalone new application. Ms Simons also maintained that by submitting revised plans – which were rejected by the joint local authority – Mr Sharma was in effect seeking another five years extension to complete his plans.

“He wanted a further period of time, and breathing space to carry out the development,” he told Ms Justice Caroline Costello. He also queried how the development “sits in with the benchmark of the development plan”, as well as the retail strategies for the Mid-West and the Castletroy area, and whether these amount to a material contravention.

He accused An Bord Pleanala of “applying a light touch to a so-called amended permission”, and noted that their inspector and the board appeared to differ in a number of matters.

In anything, he said, the plan became “more ambitious” as time went along, in removing one level of car parking. “It all depends where you draw the line,” continued Mr Simons, “in this case the developer throws everything back into the basket, and wants to break free from the timescale.” He said how the plans would impact upon the vitality of Limerick city centre were not fully assessed by An Bord Pleanala. The revised plans include two major anchor tenants, as well as 37 smaller outlets, down from 75 units.