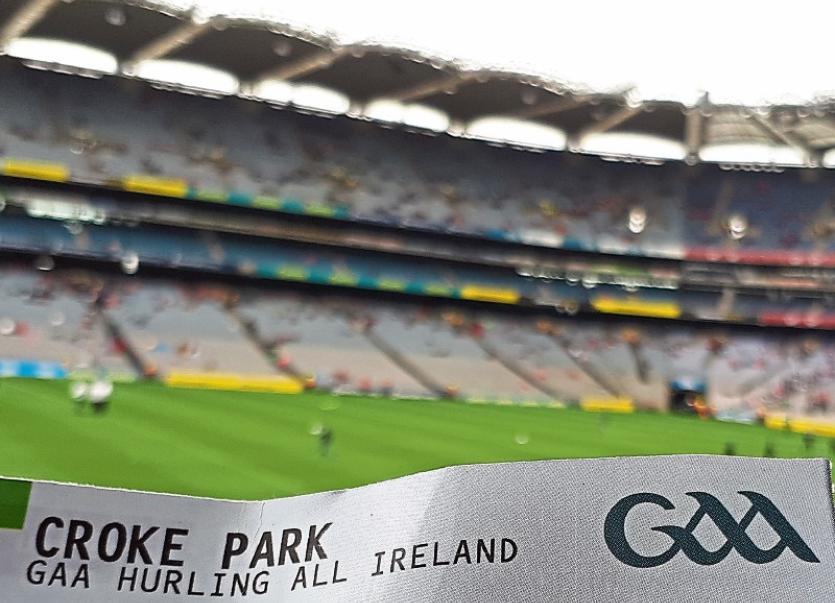 The scramble for tickets to the All Ireland final is underway

LIMERICK hurling supporters are moving heaven and earth in a bid to get their hands on one of the coveted All-Ireland final tickets which are to be distributed to clubs over the coming days.

Some 15,000 of the coveted 82,006 tickets for the hurling showpiece in Croke Park on August 19 were being printed at the Munster Council offices this Tuesday.

Many of the club secretaries and chairpersons will collect their club’s allocations this Thursday.

Club officers in each club will then decide on the criteria of how to distribute the tickets.

Traditionally, club membership, club involvement, team involvement and Mackey Draw membership are all taken into consideration when clubs are allocating tickets to individuals.

There will be no public sale of tickets to the general public for the final.

Tickets will also be allocated in the coming days to people who fit the criteria for the purchasing of tickets from the county board. These include former players, former officers, mentors, referees and so on.

In an effort to boost their ticket allocation, Limerick GAA county board officers are working behind the scenes to negotiate with counties across the country.

There are no family tickets for the final and no juvenile tickets, with stand tickets priced at €80.

Meanwhile, Irish Rail confirmed that  the regular services from Limerick to Dublin sold out while supporters were travelling home from the semi-final on July 29.

Additional services are now being finalised.

“In addition Galway are looking for a number of special trains for their fans.”