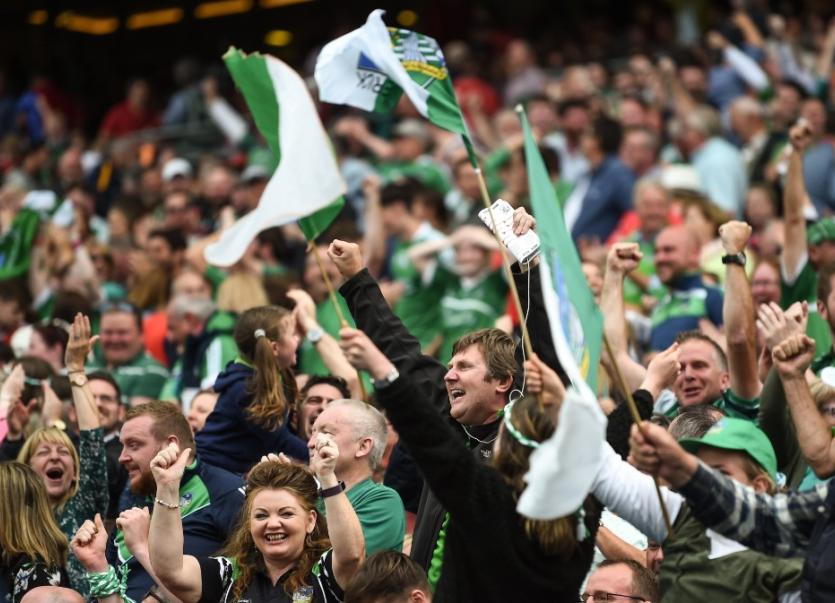 THERE appeared to be alarm among some that there won’t be a public sale of tickets for the All Ireland hurling final.

Of course this is nothing strange and it’s not a Limerick GAA decision – there has never been public sale of tickets for All Ireland finals.

So if you want to be in Croke Park on August 19 at 3.30 to see Limerick in just a 17th ever All Ireland SHC final it’s time to get messaging.

What are you doing wasting time reading this!

The search needs to go beyond Limerick – it’s time to make contact with family, friends and foes.

Remember every single GAA club in Ireland will get a small allocation of tickets and anyone that is a registered club member is entitled to apply to their club secretary for All Ireland tickets.

There is nothing to lose by making contact with as many people as possible but remember to search outside of Limerick.

In Limerick every GAA club will get an allocation of tickets – most likely not until late next week. But already clubs have started to compile their lists so all fully paid up club members are asked to make contact with their club secretaries as soon as possible.

While the Croke Park capacity will be 82,006, Limerick GAA can expect to receive a ticket allocation in the region of 15,000, which will be distributed to all clubs, among others sectors.

Over 30,000 green and white clan Limerick supporters were in Croke Park on Sunday to see Limerick overcome Cork in an epic extra time semi final.

There is no reason why most of this 30,000 can’t find All Ireland finals tickets but they need to be proactive especially with a few days of a head-start on either Clare or Galway.

“But I’ve been to all the games and now I can’t get tickets from Centra like before” cried many this week. Not being smart, and it's a lesson to remember next January, but those that go to all games should be buying a season ticket because there is a financial saving and you are guaranteed an opportunity to purchase an All Ireland final ticket if your county advances that far.

My one hope would be that all genuine supporters end up with a ticket.

Remember Sunday was Limerick’s 17th game of the season – the seventh championship game.

Limerick’s first home game of the season in the Gaelic Grounds was on January 7 against Kerry in the Munster Hurling League – attendance 485.

Limerick’s first home game of the Allianz Hurling League was on January 28 against Laois – attendance 1,450.

Limerick’s first home game of the Munster Championship was on May 20 against Tipperary – attendance 20,423.

Just three weeks ago Limerick played in Thurles against kingpins Kilkenny in an All Ireland quarter final - attendance 18,596!

So my one hope is that all 'genuine' supporters end up with a ticket for Croke Park come All Ireland hurling final day.

One of the big positives of a stand alone All Ireland semi finals is that tickets are readily available with group and family tickets. For all the complaining about the GAA being the Grab All Association, there isn’t anything wrong with €5 for a juvenile stand ticket to last Sunday’s semi final.

This won’t be the case for the All Ireland final with no juvenile tickets and stand tickets likely to be €80.

With this price and with the scarcity of tickets, this is why a big screen in Limerick city would be of value to allow families and those without tickets to watch the final and experience the atmosphere of a first All Ireland final in 11 years.