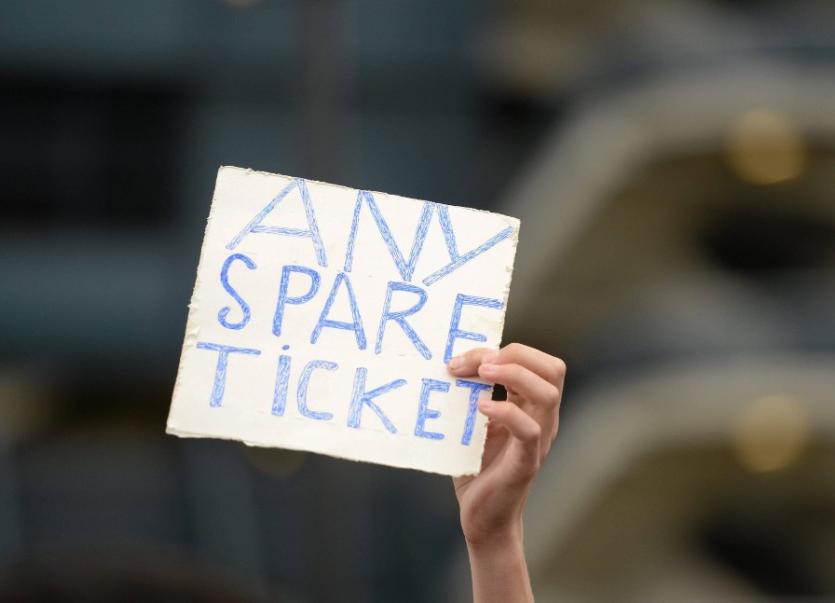 THERE will be no public sale of tickets for the All Ireland Senior Hurling Championship Final.

While the Croke Park capacity will be 82,006, Limerick GAA can expect to receive a ticket allocation in the region of 15,000, which will be distributed to all clubs.

Over 30,000 green and white clan Limerick supporters were in Croke Park on Sunday to see Limerick overcome Cork in an epic extra time semi final.

Limerick have played seven championship games to reach next month's showpiece and tickets were on public sale online and via Centra and SuperValu shops.

But for the final, there is no public sale.

Every County Board and indeed GAA club across Ireland receives an allocation of tickets for an All-Ireland final with the competing counties receiving the most significant allocations. Almost 60,000 of the tickets will be distributed in this fashion with the two senior finalists accounting for about 25%.

While Limerick have confirmed their place behind the Artane Band on August 19, their opponents won't be known until next Sunday when Galway and Clare replay their drawn semi final. The senior final will have a 3.30 throw-in and will be live on RTE Television and Sky Sports.

With about 60,000 tickets distributed to GAA clubs via all County Boards, a further 10,000 tickets go to the premium and corporate levels. Premium seats and corporate boxes are the responsibility of the owners of those seats/boxes.

Of course season ticket holders will be guaranteed an opportunity to purchase a ticket for the final.

Sunday August 19 will be just the 17th SHC final appearance for Limerick and the first in 11 years.

The curtain-raiser to the senior final, will be the All Ireland minor hurling final between Galway and Kilkenny at 1.00.