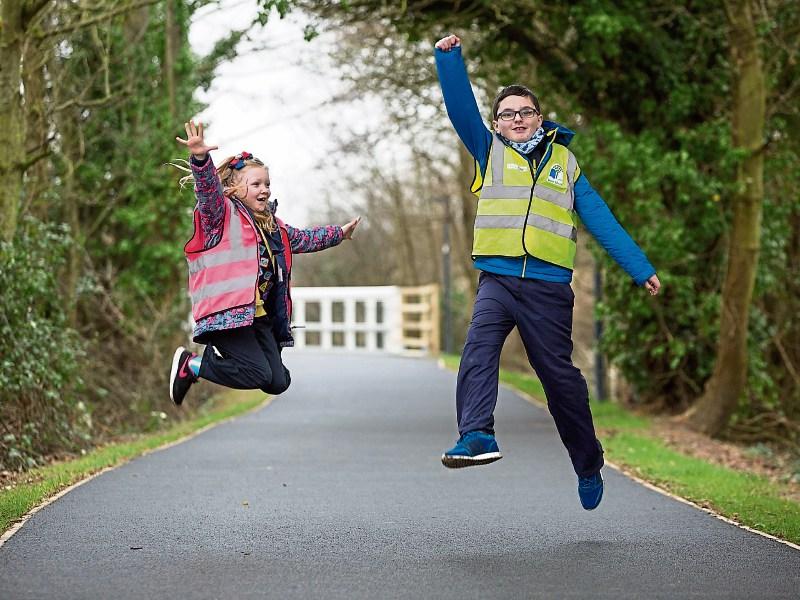 There’s nothing I love more than discovering new walking routes around Limerick city. As a riverside city we are blessed with an abundance of offerings. But are we making the most of our natural resources?

Last week it was announced that almost €200,000 has been allocated by Limerick City and County Council to development a greenway from Castleconnell to Montpelier.

The Limerick announcement came in the same week that the government launched Ireland’s Greenway strategy in a bid to increase the number of off-road walking and cycling tracks across the country.

Some €53 million is available from this fund over the next three years. Today I’m going to make a pitch.

Allow me to take you on a little journey. Some of this journey is already developed. Some needs a bit of work.

As a whole, my journey will take you on a looped walk that never leaves the shores of our waterways and is almost entirely removed from the chaotic noise of urban life.

Starting at UL I walk to the junction of the canal and the River Shannon just beyond Rhebogue.

This 2.5km stretch has already benefited from Smart Travel investment over recent years and is wonderfully scenic.

I then hang a right over the white bridge, christened the Guinness Bridge, and I make my way along the Shannon Fields which has also been upgraded thanks to Smart Travel investment.

Along this 2km stretch I wander off the main walkway taking a left into Shannon Fields and following a clearly identifiable track through beautifully peaceful ‘countryside’.

This route will eventually lead me to a forested area which I only discovered recently was planted by children and local community activists during the Treaty 300 celebrations.

I eventually emerge from this wood further along the original walkway passing the Irish Estates and then on to Athlunkard Bridge.

The next step of my journey is about a 1.5km section that takes me over the pedestrian crossing at Athlunkard Bridge, down a set of stone steps and along the famous Red Path up to the Corbally Baths.

I cross another little pedestrian footbridge and onto a straight tree-lined path that leads me to very northern tip of the Mill Road where I am greeted by a wonderful panoramic river view of the Shannon and St Thomas Island.

The route linking the Red Path and the Mill Road has been cleaned up over recent years and is relatively accessible.

I then make my way along a little laneway that backs on to a row of former fisherman’s huts which have been converted into private residences.

This lane leads me to a footbridge to the rear of Corbally House Nursing Home.

From here I’m pretty much on my own for what I would imagine is another 5km walk.

Thanks @nigeldugdale for raising this awareness on the beauty on our doorstep of which #corbally #redpathwalk #Limerick is key component to this wonderful walk. @LmkCivicTrust are great support to the area. #mindfullness #HealthyLiving pic.twitter.com/yCZJ6VMBHd

This is where the investment has come to a halt, and isn’t for the faint hearted, but is the key to what I believe could create one of the finest urban greenways in the country.

Walking along the banks of the Shannon you are greeted with uninterrupted river views, a calming silence and a sense that anything urban is a distant memory.

Passing under the Parteen Railway Bridge you will naturally be taken left at the junction of River Shannon and the Abbey River following the Abbey’s route arriving at Grove Island Roundabout.

I cross over O’Dwyers Bridge and hang an immediate right just after Athlunkard Boat Club leading me in to another walking route that takes in the circumference of St Mary’s Park.

This part of my walk was damaged badly by flooding a few years back and has yet to be fully restored.

It was once a pleasant 2km walk that follows the northern tip of King’s Island eventually leading you back to King John’s Castle and Thomond Bridge.

Crossing over Thomond Bridge I follow a 2.5km route along the Shannon down both Clancy and O’Callaghan’s Stand, over Shannon Bridge and then back along the newly developed city quays.

I make my way through Arthur’s Quay Park, past the Hunt Museum and then along Locke Quay to the entrance point of the Canal walk.

This is usually marks the end of my ‘urban hike’ but were I to go a step further I could return to UL along the 5km route with the canal as my guide.

The looped walk I have just described is approximately 20km in length (I have yet to officially measure). Almost all of it has already benefitted from investment.

If we were to see two sections – Mill Road to Grove Island river route and St Mary’s Park walkway- strategically designed and upgraded for both pedestrians and cyclists I believe that Limerick city would boast one of the most stunning urban greenways in Ireland.

Not only that it would have access points at Castletroy, Rhebogue, Corbally, Mill Road, Grove Island, St Mary’s Park and the City Centre and no one would ever be more than a five-minute walk to civilisation!

My suggestion won’t be cheap but surely it’s worth considering taking note of the national funding now available for Irish greenways as announced last week?

Only by thinking big can we really stand out from the crowd.