Man due to appear in court over Limerick drug seizure 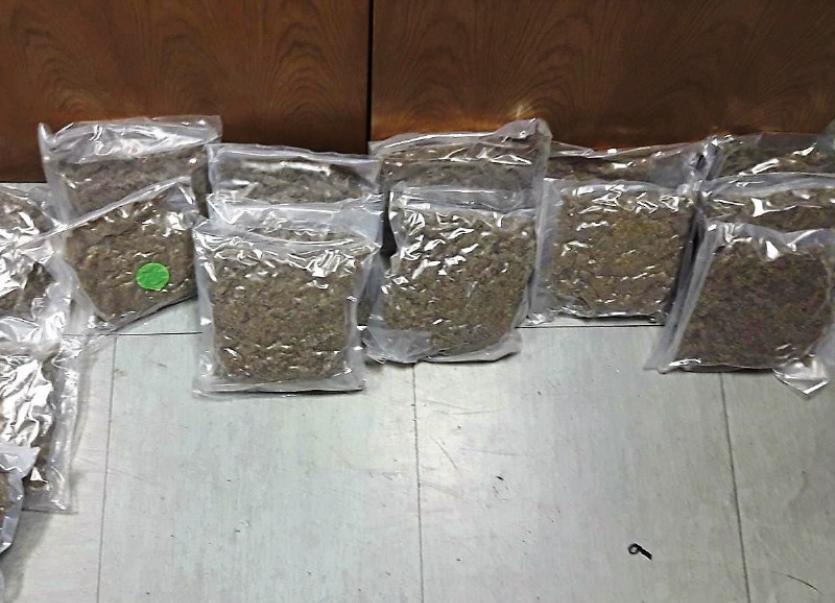 Some of the cannabis herb seized in Limerick

A MAN is due in court in Limerick this morning after the seizure of around €200,000 worth of cannabis.

Gardai investigating the seizure in Murroe on Saturday have charged a man in his 30s. He is due to appear before Limerick City District Court this Monday morning.

As part of an ongoing operation targeting the sale and supply of controlled drugs in the Limerick area, gardai seized the cannabis herb at around 9pm on Saturday night.

Gardai attached to Henry Street carried out a search of a premises in Murroe. During the course of this search cannabis herb, subject to analysis, with an estimated street value of €200,000 was seized.

The man was arrested and detained at Henry Street Garda Station under the provisions of Section 2 – Criminal Justice (Drug Trafficking) Act 1996.