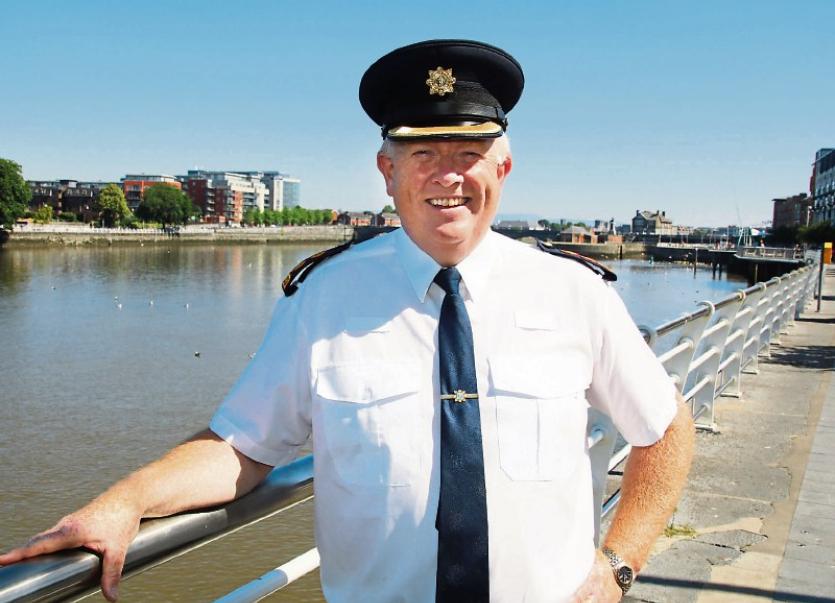 THE head of the Limerick garda division says he has no major concerns in relation to crime levels in Limerick despite new figures suggesting there has been an increase in several categories of crime across the country.

The latest statistics which have been published by the Central Statistics Office show an increase in the number of recorded incidents across most crime groups during the first quarter of 2018.

According to the figures, which have been classified as being under reservation, the greatest increases were in recorded in the fraud and robbery crime groups.

Despite the figures, Chief Superintendent Gerard Roche says he has no major concerns in relation to the level of criminality in Limerick.

“We have spikes and troughs obviously from time to time, we deal with them and we put the resources in there, we had them earlier in the year when I arrived first when they were addressed,” he said.

“I have no major concerns about policing, things are quite good in Limerick at the moment – very good actually. We have very little major incidents, we had some serious incidents at the beginning of the year but other than that we have had very little very serious incidents over the year,” he added.

Chief Supt Roche, who assumed the role in January, made his comments as he welcomed ten new garda recruits to the city following their recent graduation from the Garda Training College in Templemore.

The seven men and six women, who come from a variety of backgrounds, will  initially be attached to Henry Street and Roxboro Road garda stations.

Chief Supt Roche confirmed the ten new garda recruits will be assigned to community duties for the first ten weeks of their time in Limerick.

He added the arrival of the new gardai will allow him to allocate resources elsewhere in the division.

“It will give me a lot of latitude in the way I can move my people around, we have started moving people out to the county so that has helped increase the numbers and a small number of people going out to those areas (Bruff and Newcastle West) can make a big difference and it’s big in our overall policing of county Limerick,” he told the Leader.

Chief Supt Roche declined to comment on the investigations into the murders of Rose Hanrahan and Martin Clancy, saying they were ongoing.