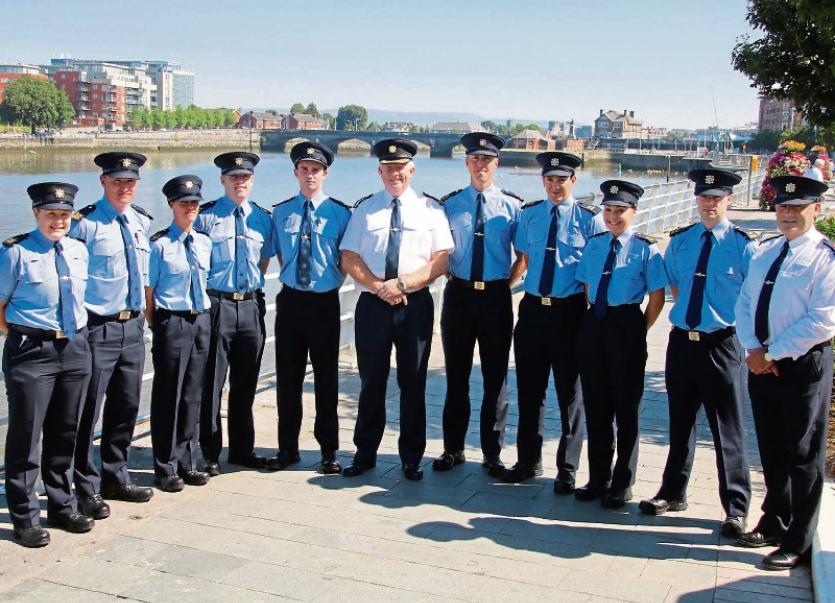 TEN new probationer gardai will officially take up duty in Limerick this week having recently graduated from the Garda Training College in Templemore.

In a first for the Limerick garda division, the seven men and three women will be assigned to community policing units operating from Henry Street and Roxboro Road gardai stations for the next ten weeks.

“We will put them out on the beat, get them to know the people in their areas, get contacts and build up the communications with young people,” said Chief Superintendent Gerard Roche, who has welcomed the arrival of the new recruits to Limerick.

“They are really good people as you can see, they come from various backgrounds and they have been through Templemore and they are well equipped and ready to go,” he added.

Congratulations to the new @gardainfo recruits who will take up duty in #Limerick in the coming days @Limerick_Leader pic.twitter.com/qy8W5V0AeT

Rachel Cregan – a mother-of-three from Cappagh, near Adare – says she is looking forward to taking up duty this week.

“I wanted to do it (become a guard)  always after I left school but it just didn’t work out then I just got married and had kids. Two years ago I decided I would go for it and did and here I am so I’m delighted,” she told the Limerick Leader.

Another of the new recruits – John O’Sullivan, 32, from Ennis – is looking forward to a change in career having previously worked as a marine biologist.

“I supppose I decided to join in life. As I got older, public service just started to appeal to me a little bit more, it’s a good job and having a positive impact on the community is always something I have always been interested in,” said Garda O’Sullivan who will be attached to Henry Street station.

“I’m delighted, it’s surreal because you are training for so long and then all of a sudden you are in station. I know Limerick very well and it is seen as a good post within the college so I’m delighted and I can’t wait to get working,” he added.