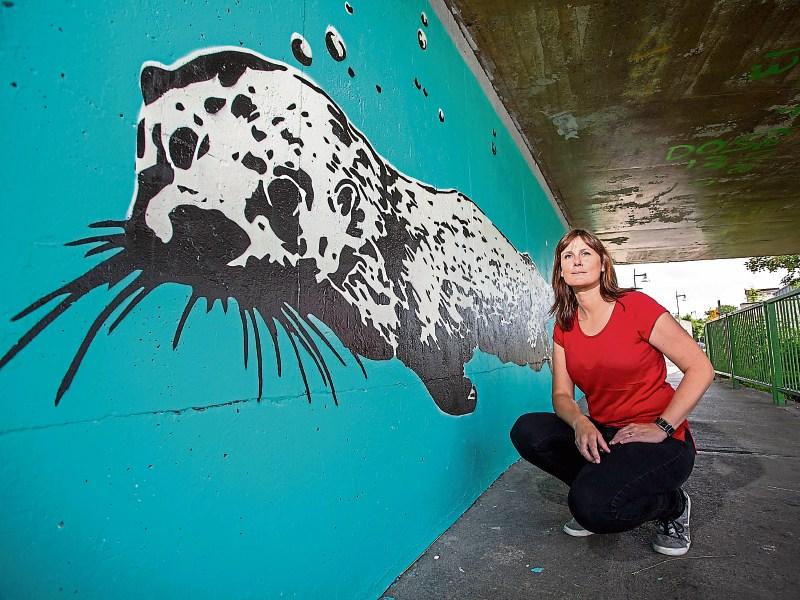 Mary Conroy beside the mural she created under the Shannon Bridge Pictures: Alan Place

A LOVEABLE otter is at swim underneath one of Limerick’s busiest bridges.

The animal is presented in mural form which has been officially unveiled by the Mayor of Limerick and was worked on with help from volunteers from nearby St Michael’s Rowing Club.

Artist Mary Conroy, a graduate of LIT’s Limerick School of Art and Design, created the vibrant mural, which can be seen from the other side of the riverbank and beyond. 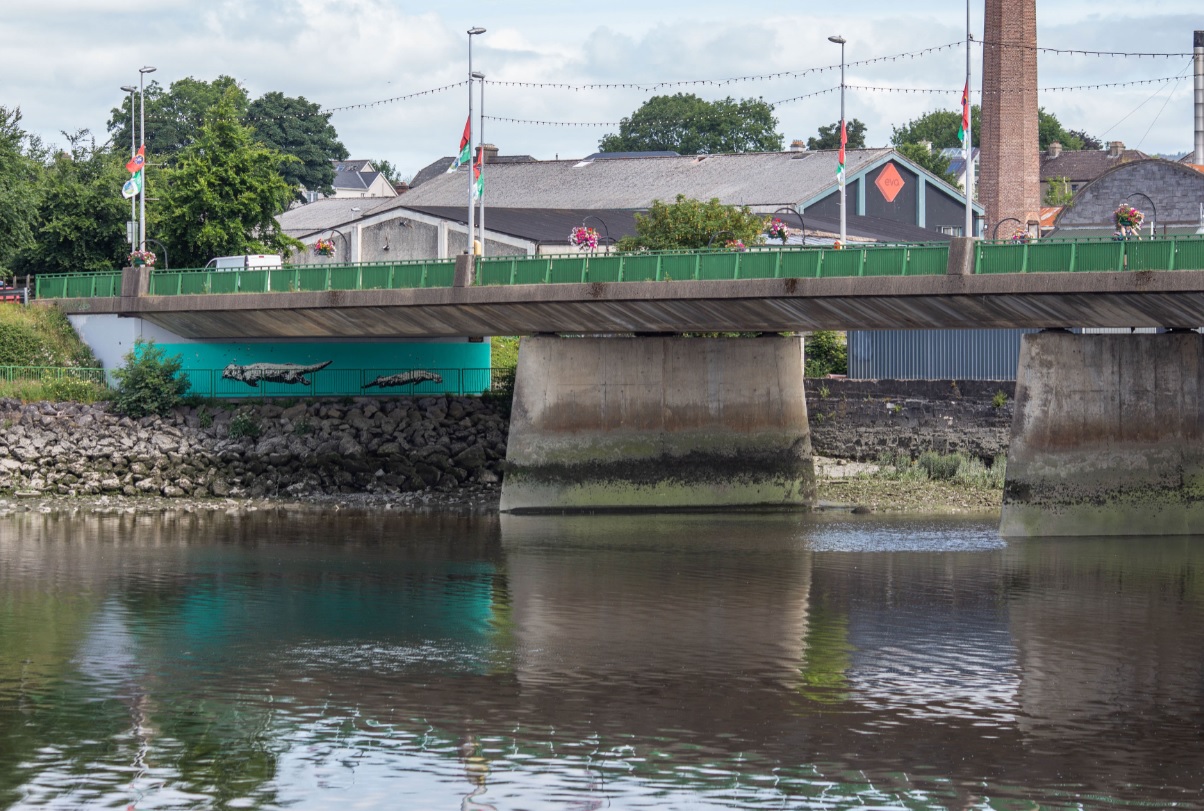 She said: “In my work, I look for a connection between people and place to promote stewardship of biodiversity in local environment. This my small contribution to the battle against the loss of global biodiversity.”

Otters are strictly protected wherever they occur by law and the destruction of their resting and breeding places is an offence. They have been known to frequent Limerick city in the river along by the Condell Road, and their presence usually indicates good water quality.

The mural was painted by the artist thanks to co-funding by the Department of Communications, Climate Action and Environment and Limerick City and County Council under the Local Agenda 21 Environmental Partnership Fund.

At the unveiling, Mayor Stephen Keary said the mural was “a fantastic addition to our growing urban art scene around Limerick.

“The brightly coloured mural transforms the area under the Shannon Bridge.  This area is the start of a fantastic nature amenity that we have along the Condell Road and hopefully this will encourage more people to think about nature, and be on the look-out for the otter.

“The otter also reminds us of the river and the joys that the river can imbue for a person but also for the city as we continue to embrace the River Shannon,” he added. 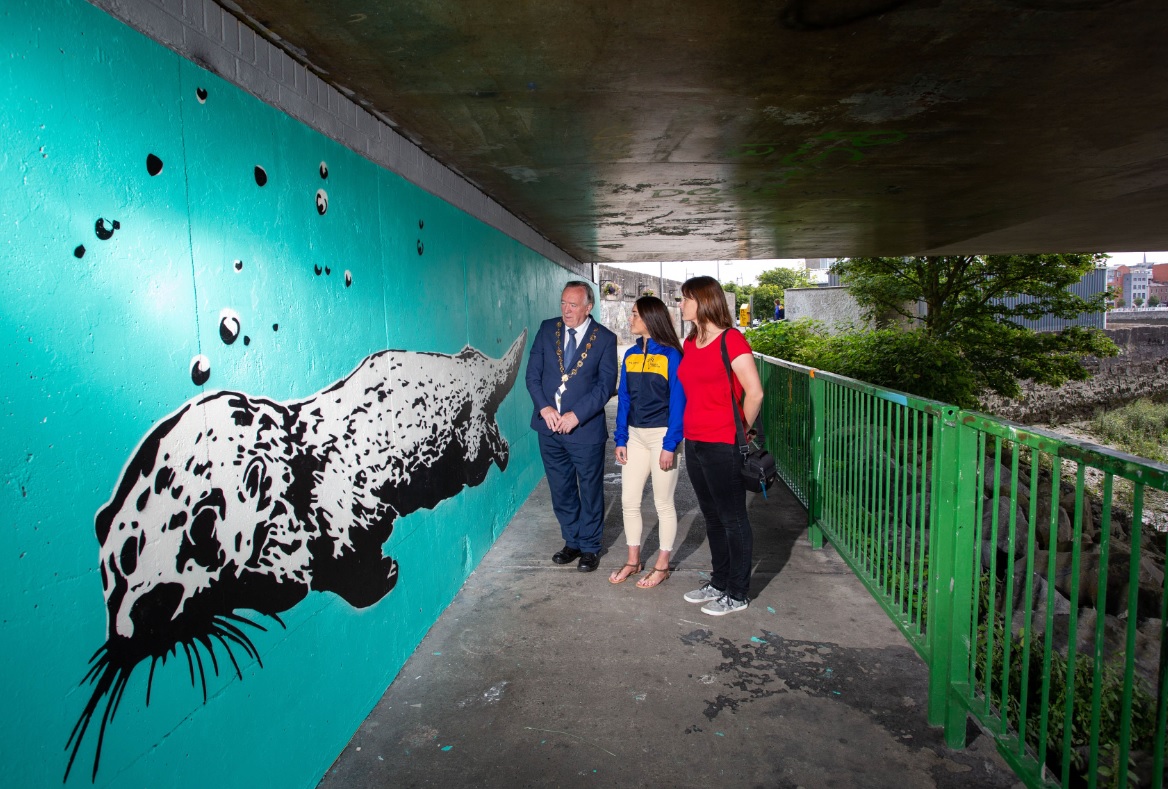 The council’s environment awareness officer Sinead McDonnell said it was a “wonderful collaboration between the artist and St Michael’s Rowing Club which was funded under the Local Agenda 21 Environmental Partnership Fund for 2017/18.

“I hope residents of and visitors too Limerick will enjoy this memorable depiction of the otter. It is fantastic to see the mural depict the otter which is regarded as one of Ireland’s most charismatic native mammal species.”

The council announced recently that another mural is to be created at Speaker’s Corner, with help from the Make a Move festival, adding to the Goddess Sionna that was created at Bridge Street last year.