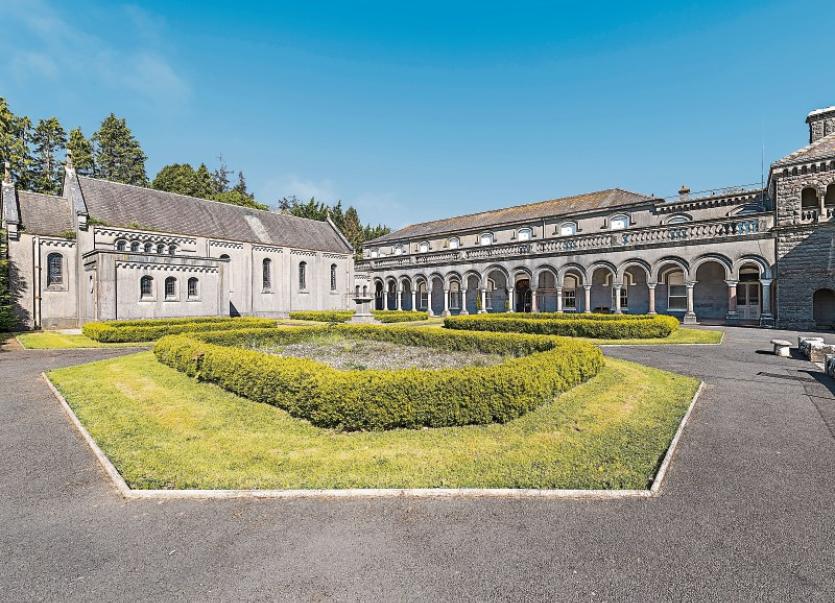 Cahermoyle House has had a very varied history

CAHERMOYLE HOUSE in Ardagh, once the seat of Young Irelander rebel William Smith O’Brien, has been put up for sale. The 19th century house, with later additions, and 43 acres are on sale through Savills auctioneers for €900,000.

And already according to James Butler, head of Savills’ country homes division, there have been enquiries from Ireland, Europe and the US.

“It is a flexible property in terms of what people could do with it, obviously subject to any planning permission,” Mr Butler said. For that reason, he continued: “We are not targeting one market specifically. We are putting it out there and let the market decide what it is going to be used for.”

The house has been a flexible location in century and a half since it was built. But it was the earlier, original Cahermoyle House which was home to William Smith O’Brien, who was MP for Limerick from 1835 to 1848 and joined in the failed Young Ireland Rebellion of 1848, after which he was sentenced to death for treason.

This was commuted to transportation for life but he was pardoned after six years and eventually returned to Cahermoyle in 1856. He died in Wales in 1864 and was buried in Rathronan on the estate.

It was his son Edward,  who commissioned the renowned church architect JJ McCarthy to design a new Cahermoyle House in the 1870s. It was one of two known domestic commissions accepted by McCarthy, whose work includes Cobh and Ennis cathedrals, the Dominican church in Limerick and the Catholic churches in Newcastle West, Rathkeale, Kilmallock and Foynes.

McCarthy designed Cahermoyle House in the style a Venetian palazzo with elements of the Gothic and other European styles. The Irish Revival of the time is apparent through  highly decorative features such as window frames and balustrades.

Cahermoyle House has been attractively priced to sell according to Mr Butler.

“We are confident it will be well received,” he said.