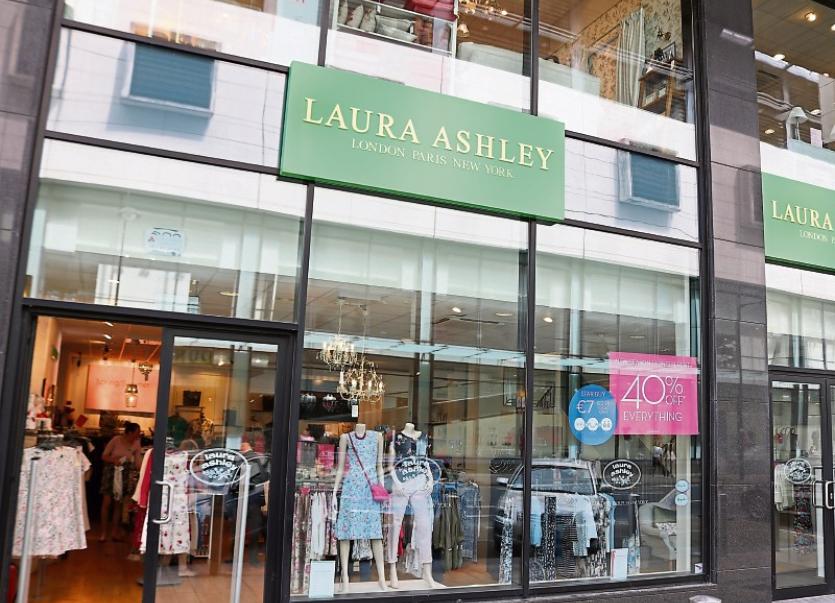 Laura Ashley in Limerick city is set to close with the loss of a number of jobs Picture: Adrian Butler

APPROXIMATELY 15 jobs are under threat in Limerick with the impending closure of women’s fashion retailer Laura Ashley.

The Limerick Leader has learnt the store, which operates from a prominent location beside the Savoy Hotel in Henry Street will close in the next two months.

It’s understood staff were informed of the bad news in the last few days.

He said: “It’s further proof of the difficulties for retailers in Limerick city. Laura Ashley is in a part of town which is being renovated. But it shows the challenge for Limerick remains to entice people to shop in the city, rather than the out-of-town shopping centres.

"We spoke at council level last week about the Parkway Valley and what might happen there. The council has been dragging its heels on things such as this.”

He said the council needs to “act swiftly” to get more people working in the city centre.

“We also need people living in town, and coming into town after work, not just on Saturdays so we have a vibrant retail economy, not just for Limerick but for the economy.”

“We can’t take our retailers for granted. They need our help, they need our support, as they are losing customers to out-of-town centrs,” Cllr Collins concluded.