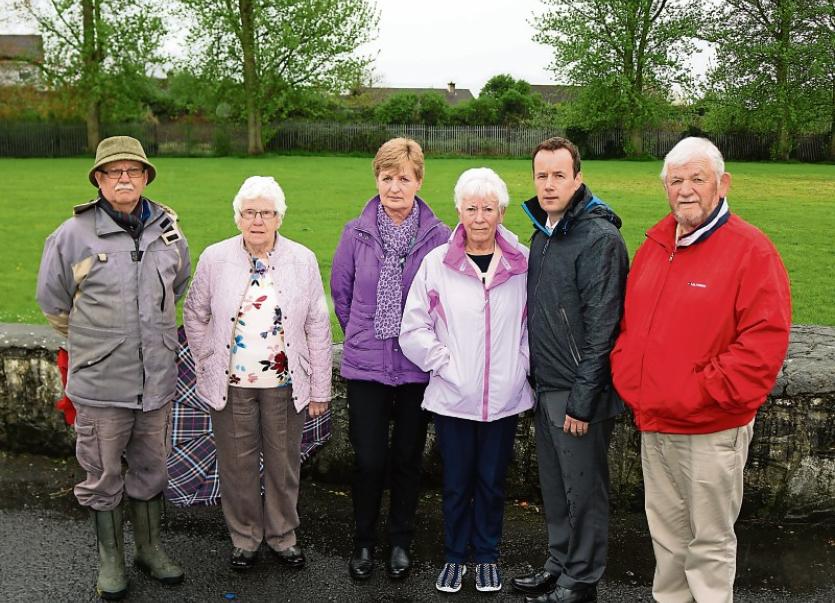 COUNCILLORS have unanimously passed a motion which could lead to a ban on building homes on a patch of land in the Upper Carey’s Road in Limerick.

Residents are furious after council staff started investigatory works with a view to allowing the construction of 11 units on a green space, once home to a quarry.

But at this month’s council meeting, Cllr Joe Leddin saw a motion passed to rezone this patch of land from general purpose to open space recreational.

“This follows an attempt by the council to go onto this site used by generations of families in the Upper Carey’s Road,” he stated.

Councillors have the power to rezone land, and once this happens, it means no development would be permitted there.

Members of the metropolitan district were angry at the council executive for not informing them of social housing development.

“This goes back to what was said earlier. We are not shown housing plans by officials. If it takes councillors to come in and re-zone areas, then the system is clearly not working,” said Cllr James Colllins.

Cllr Elena Secas, Labour, added: “This is not good enough. As public representatives, we should be made aware of changes. I’m really disappointed.”

“Southill is a prime example. Instead, the council seems to be looking to fill every nook and cranny.”

Director of service Kieran Lehane said he will liaise with the relevant department to get the rezoning under way.

“They are absolutely right to fight for their small bit of land. There is plenty of land in Southill where homes can be built,” he said.