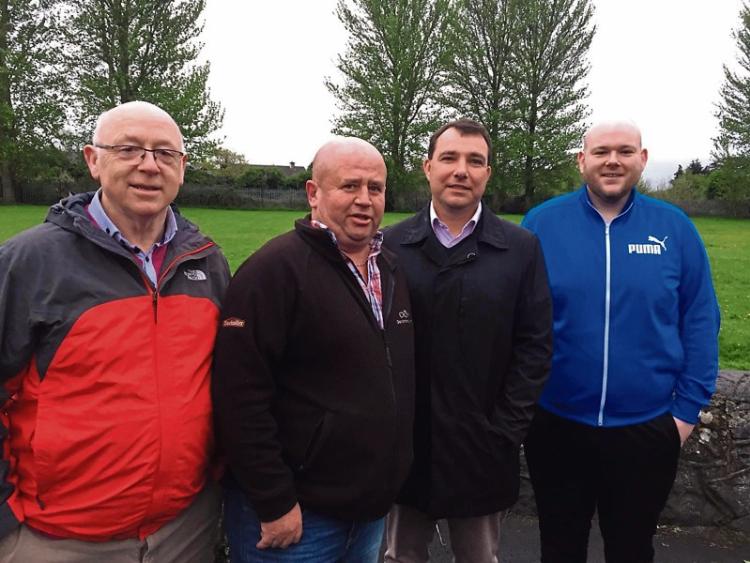 COUNCILLORS in Limerick are to make a bid to rezone a one-acre site in the city to block a plan for 11 social housing units.

Residents in the Upper Carey’s Road are fuming at early-stage proposals from Limerick City and County Council to construct 11 homes on the last green space in their area, which was converted from quarry-land.

And when Joe Delaney, the director of services for social housing visited the site this Tuesday evening, he was left in no doubt as to how the residents felt about the plan, described by Willie O’Dea as the most “inappropriate” he had seen.

Council engineers due in to test the sight had already been blocked from entering the site by residents, resulting in stand-off, which saw the gardai called.

One of the few powers councillors have as regard to planning is the ability to choose how land is used – or zoned.

And Labour councillor Joe Leddin is prepared to exercise that power to its fullest.

He said: “If we propose an amendment to the city and county development plan to rezone the quarry to open space/recreation only, if that’s approved, will that be the end of the matter? We don’t want to be back here in 12 months time with another half baked plan. Let’s re-zone it and have done with it.”

One of the key planks of Mr Delaney’s rationale for carrying out investigations is because it is currently housing zoned.

He said: “We are obligated to look at all sites. This site is zoned in the development plan for general housing. We are not proposing to build on all the green area.”

As for Cllr Leddin’s suggestion, he said: “If something is zoned green, we don’t build on it. Councillors have powers around the variation of sites. I cannot comment on what they might do.”

For his part, the City West member has put in a notice of motion seeking to rezone the land this Wednesday.

And ev​en if this motion were to fall, it is the councillors who will decide whether or not these houses will be built, as the site is on public land.

Residents have argued the land being on a former quarry is unsuitable for any housing development, due to the condition of the land beneath the surface.

“All we have here is a swamp, full of oil. You build on this, you will bring rats back to the area. Houses will sink,” James O’Callaghan said.

Teresa Griffin asked why the council had not considered instead looking at the Old Guinness site “not 100 metres away”.

Mr Delaney indicated a private housing plan could be in place for that site, but was unable to elaborate further, as hjis department is not handling it.

Barry Lynch complained of an “over-ghettoisation” of the area, and also questioned why the council would spend “up to €20,000” investigating the site when ultimately any housing plan may be blocked.

Mr Delaney said the only way to see if the site is “viable for housing” involves “incurring expenditure”. ​

Cllr James Collins, who invited Mr Delaney to meet with the residents, said: “This may be zoned residential, but it’s not suitable on many levels. the access is inadequate. I’ve not heard a valid argument against those issues tonight.”