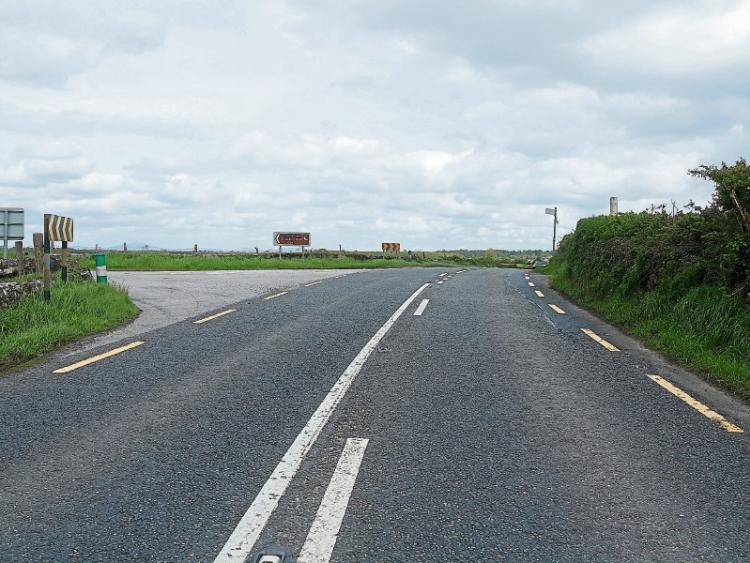 Court Cross has, according to Transport Infrastructure Ireland, twice the national average rate of collisions

THE number of collisions at Court Cross, between Mungret and Kildimo, is double the national average, a survey carried out by Transport Infrastructure Ireland (TII) has revealed.

Between 2009 and 2016, there were a total of 11 incidents in the vicinity of the cross, eight at the cross itself with the remainder at the Bog Road cross a few hundred metres away.

Now, councillors in the Adare Rathkeale Municipal District were told last week, TII is proposing to provide a right-turning lane on approach from Mungret. The roads authority also wants to realign the side road and provide a five-metre grass margin on the southern side of the road to improve visibility and relocate access to a field away from the bend.

Mayor Stephen Keary, however, argued that it was “incomprehensible” that a right turning lane would not be provided at Bog Road cross at the same time. He was also critical of the fact that no traffic calming measures were not included in the proposed works.“This is a lucky dip job,” he said. “Why don’t you go that extra 200 metres and include Bog Road?  It is extremely short-sighted.”

Cllr Richard O’Donoghue agreed and accused TII of “tunnel vision” in dealing only with Court Cross and not Bog Road Cross where the number of collisions was the national average. “They are ticking their own boxes,” he said and he argued the plan would put Bog Road people at more risk because people tend to accelerate after a junction.

“It never ceases to amaze me, the thinking behind the desks in Dublin,” Cllr Kevin Sheahan said, pointing out that the TII was now taking action at Court Cross “at the same time we are spending millions on a new road from Limerick to Foynes”.

Many collisions are never reported and instead become silent statistics, he added.

“It is a sad reflection we had to wait for TII to come to us,” Cllr Adam Teskey.