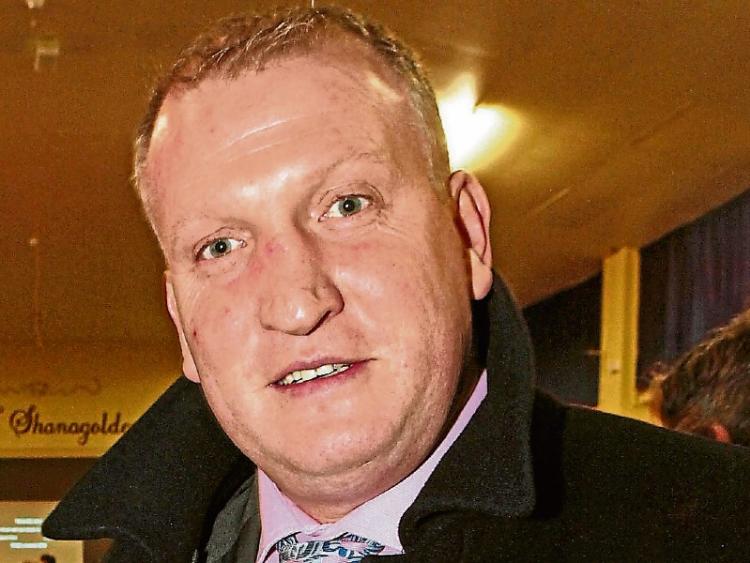 Cllr Liam Galvin: 'A big issue for Tournafulla and other places like Tournafulla and it is going to become a serious issue if Irish Water and the government don’t address it'

PEOPLE from Tournafulla in County Limerick who want to settle down and build new homes in their own parish cannot do so because the sewage treatment system there is at capacity.

The claim was made by Cllr Liam Galvin FG who warned that a small scheme of four new homes could be refused planning permission because there isn’t adequate sewage treatment available.

“This is a big issue for Tournafulla and other places like Tournafulla and it is  going to become a serious issue if Irish Water and the government don’t address it,” he said.

Like many rural communities, Tournafulla has lost services and is struggling to maintain numbers in the local school and GAA, Cllr Galvin pointed out. Yet now they have a chance of new homes and new families, the issue of sewage treatment is an obstacle. Last week, Cllr Galvin was told there was “no remaining capacity” in the system in Tournafulla.

“People born and reared in Tournafulla will not have an opportunity to live in Tournafulla,” he said. “We know there is a housing crisis in Dublin, Cork, Galway and Limerick but they are forgetting about the small rural villages.

“Irish Water and the local authorities are going to have to come up with a plan,” Cllr Galvin declared.

And it is not just private houses that are ruled out as a result of a lack of adequate sewage treatment systems, he argued. Without the systems, social housing cannot be built in places like Tournafulla or Mountcollins either, the councillor continued, with the result that towns like Abbeyfeale and Newcastle West “are being flooded with social housing”.

Director of services with Limerick City and County Council, Caroline Curley has told Cllr Galvin that Tournafulla is a candidate on a national programme to address smaller treatment plants for populations of under 500.

“However, the funding available is not sufficient to address and upgrade all sites with poor infrastructure,” Ms Curley said.

A  set of investment priorities will be applied and priority will be given to discharges with the greatest potential environmental impact.

“Tournafulla will be considered for upgrade as part of this project. Further assessment will be undertaken in 2018 to complete this prioritisation,” Ms Curley added.

The issue is urgent in Tournafulla, Cllr Galvin stressed and he got the backing of his fellow councillors in calling on Irish Water for an immediate upgrade for Tournafulla.

Meanwhile, he welcomed the fact that work is finally set to begin on a sewage treatment plant in Athea.

“I have been involved in this since 2004,” Cllr Galvin said.

“I do welcome it. I hope they stand by it. The people of Athea are crying out for this for a long, long time.”

Contractors have been appointed and the work in Athea is due to start in the next few months.