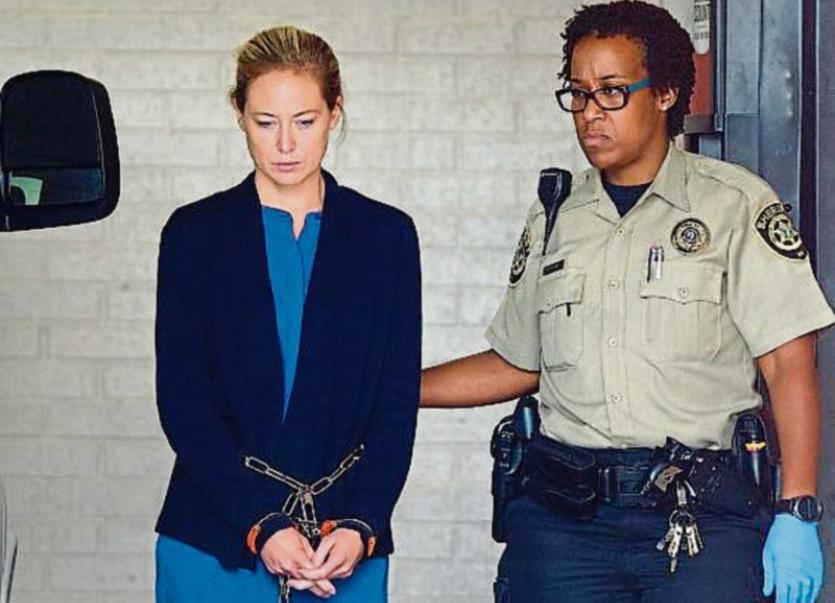 Molly Martens, the second wife and murderer of the late Jason Corbett

MOLLY Martens, the murderer of Limerick man Jason Corbett, could be facing a longer prison term after she breached two further jail regulations.

Ms Martens, who was convicted last August for the murder of the father of two from Janesboro, was cited for breaching two more rules at the North Carolina women’s prison she is currently incarcerated in.

Ms Martens recently avoided having three years added to her sentence for breaching strict prison regulations and is now facing the possibility of being penalised for three separate breaches in ten months.

The Irish Independent reports that the former nanny faces a major custody review due to take place on August 1, the third anniversary of her husband’s murder.

Molly Martens and her father Thomas, a retired FBI agent, are both currently serving life sentences after they were found guilty of the murder of Mr Corbett at the home he shared with Ms Martens, his second wife, in Wallburg, North Carolina in 2015.

The 39-year-old father of two died after being hit with a baseball bat and a paving brick, his murder trial was told.

Ms Martens was previously cited in November for what was termed “unauthorised leave”.

On this occasion, Ms Martens was cited by the North Carolina Department of Public Safety for possession of no-threat contraband and for disobeying an order from prison staff, according to the Irish Independent.

The news comes two weeks before Tracey Corbett Lynch is to publish a new book telling the full, untold story of the life and death of her late brother.

My Brother Jason: The Untold Story of Jason Corbett’s Life and Brutal Death, written by Ms Corbett Lynch and Irish Independent journalist Ralph Riegel, will reveal for the first time “the full and shocking story of what Molly and Tom Martens tried to get away with", according to the authors.