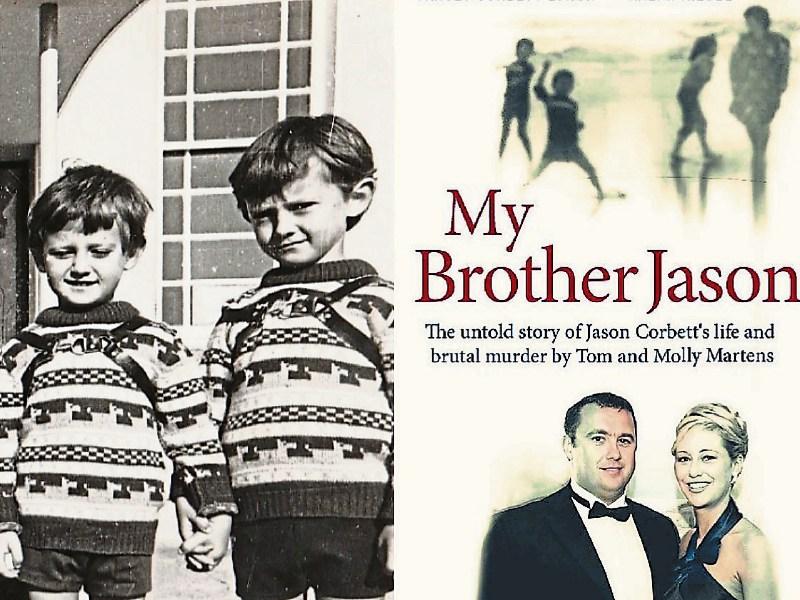 A photo from the Limerick Leader archive which features in the book, My Brother Jason, shows a smiling Jason Corbett (far right) and his twin brother Wayne starting school

THE full, untold story of the life and death of Limerick man Jason Corbett is set to be told by his sister in a new book detailing the behind the scenes story of his high profile murder.

My Brother Jason: The Untold Story of Jason Corbett’s Life and Brutal Death, a new book written by Tracey Corbett Lynch and Irish Independent journalist Ralph Riegel, will tell the story of the life and death of the father-of-two from Janesboro who was savagely beaten to death in the bedroom of his home in August 2015.

His second wife, Molly Martens and her father Thomas, a retired FBI agent, are both currently serving life sentences of more than 20 years after they were found guilty of his murder at the home he shared with Martens in Wallburg, North Carolina.

The duo claimed to have acted in self-defence although they were uninjured.

Behind the scenes of a high-profile murder trial that gripped both Ireland and the US, his family was locked in a desperate custody battle to bring his children back to Limerick.

In My Brother Jason, Ms Corbett Lynch, who led the Justice for Jason campaign, will reveal for the first time “the full and shocking story of what Molly and Tom Martens tried to get away with”.

The book is expected to include full access to Jason’s personal collection of letters, emails, keepsakes and photographs. Including the photograph, above, which is from the Limerick Leader archives of Jason’s first day of school at Our Lady Queen of Peace.

Four sets of twins, including Jason and his brother Wayne, began school together in September 1980.

My Brother Jason, published by Gill Books, will be available from May 15.

Meanwhile, Molly Martens has avoided an extra four years being added to her murder sentence after she breached strict prison policy.

Martens and her father Thomas are expected to bring their challenge to their sentences for the murder of Jason Corbett to the North Carolina Court of Appeals by autumn. A ruling is expected by 2019.