Limerick charities to benefit as Mayor's Ball tees off in Adare 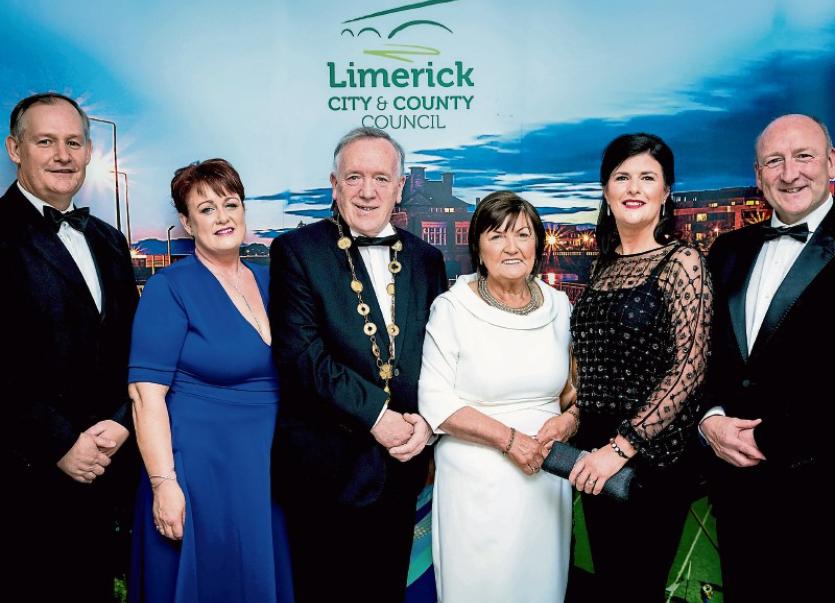 Mayor Stephen Keary and his wife Bridie pictured here with Con Murray, CEO Limerick City and County with his wife Anne, Mary and Pat Daly, LCCC at the Mayors Charity Ball in the Dunraven Arms

A NUMBER of Limerick charities are set to benefit from the proceeds of this year’s Mayor’s Ball which took place in Adare over the weekend.

The Butterfly Club – a social club for children with special needs – and The Alzheimer Society of Ireland’s day care centre in Adare have bee selected as the main beneficiaries by the Mayor of the city and county of Limerick, Cllr Stephen Keary.

In addition, some of the monies raised will be donated to the Mid-West School for the Deaf and Down Syndrome Limerick.

The guest speaker at the event which was hosted by the Dunraven Arms Hotel was Aogán Ó' Fearghaíl, former president of the GAA.

Politicians, including Minister-of-State Patrick O’Donovan also attended the charity ball which was held outside Limerick city for the first time.

In his address Mayor Keary said there have been a number of significant events since he took up the role.

“Looking back over the past ten months of my term as Mayor, there have been important milestones in Limerick’s story,” he said.

“The recent signing of contracts totalling €170 million, firstly with the European Investment Bank and then the Council of Europe Development Bank for the development of the Opera site, signalled an important marker in the rejuvenation of our city.

"This support from two of Europe’s premier institutions is allowing us to drive a rejuvenation in the city which we must now also push to our county towns and villages,” added Mayor Keary, who also highlighted the success of Troy Studios.

Mayor Keary also used his speech to announce his intention to honour frontline council staff and members of the emergency services for their efforts during Storm Emma in March and during Hurricane Ophelia last October.