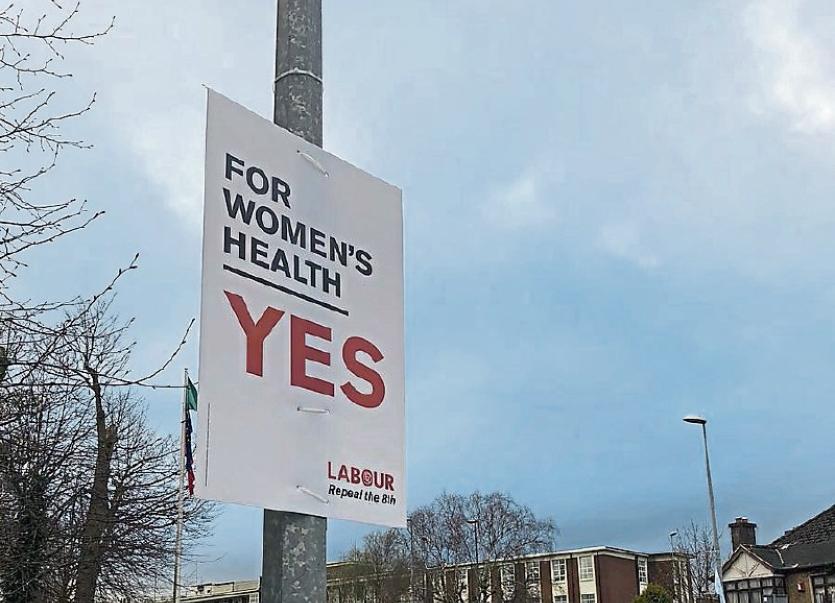 Reports of Labour posters being removed have been reported to Henry Street gardai PICTURE: Twitter/@davidtobin100

THE FORMER Minister for Education Jan O’Sullivan has reported the taking down of referendum posters in Limerick to gardai this Saturday evening.

Deputy O’Sullivan received reports from constituents this weekend that the Labour Party’s Yes posters were removed from three areas in the city this weekend.

The Limerick City TD told the Limerick Leader that posters were removed from Grove Island, Annacotty and Punches Cross.

Deputy O’Sullivan said that the taking down of posters “smacks of people who are fascists rather than democrats”.

One member of the public shared with the TD a video of people removing the posters from Punches Cross, close to the city centre.

“I have reported it to the guards, now. It’s just not on. It’s absolutely disgraceful. This is a democracy. People can’t silence the other side. Our guys were out at three or four in the morning, and they were wouldn’t do it in the day time, because they feel it would disrupt the traffic.And, apparently, in broad daylight, people have taken it upon themselves to take them down.”

Someone took down all the @labour posters at the Grove Island roundabout last night, this is a 'before' photo; if anyone saw it happening I would be grateful if you would contact me, this is a democracy, you can't silence those you don't agree with pic.twitter.com/KLLHOyiTLA

She added: “If they can’t win the argument with making the argument, and the only way to win it is by taking down people’s posters, well then that’s just disgraceful. I am really angry about it.”

She said that she wants to make sure that these acts don’t continue as the momentum builds for the May 25 Eighth Amendment referendum.

“We were the first to put up the Yes posters in the Limerick. Some other parties have put them up, and I know the Together for Yes campaign is going to be putting them up in the very near future. I want to nip this in the bud.”

“I’d be totally angry if people took down ‘No’ posters, as well. I don’t think they should take any down.”

This Tuesday, the Limerick Leader reported stories of attempts by members of the public to remove Yes posters and No posters from Thomas Street in the city centre.