Man confronted while ripping down referendum posters in Limerick city 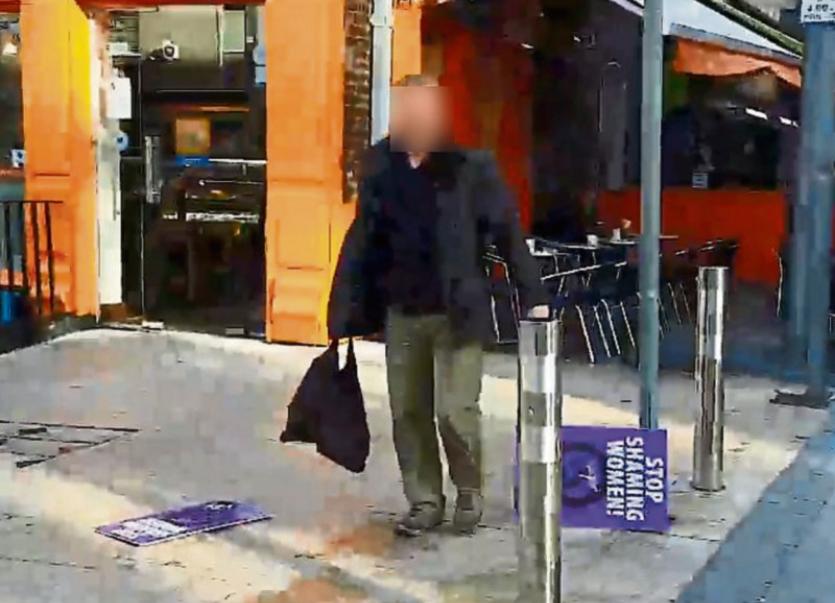 A LOCAL artist and businessman has posted a video on social media of a man ripping down referendum posters in Limerick city this Tuesday morning.

Kevin Kiely Jr, who is opening a new restaurant on Thomas Street, confronted the individual taking down posters at Little Catherine Street and by Augustinian Lane on Thomas Street at around 8am.

In the video, Mr Kiely can been seen approaching the man, saying: “So why did you take down the poster?”

He replied: “It’s none of your business.”

He said: “Come on, I’ll put you on the internet, and you can tell the internet why you took them down.”

The man then asked Mr Kiely to stop filming him.

“No, I won’t [stop filming]. You’re in a public place. You just did something that is the destruction of somebody else’s property and I filmed you. So why did you do it?”

The man then proceeded to take down a poster outside Augustinian Lane.

In an interview with the Limerick Leader, Mr Kiely said that, while going for a morning run, he spotted the individual taking down a poster by Little Catherine Street.

Kevin, who had cable ties in his van, fixed the poster and went to purchase a coffee at a nearby cafe. The man was in another nearby cafe, he said.

“But by the time I ordered my coffee, he had put on his coat and he was out again and still tearing down posters.”

He said: “They [the posters] were supported by the people in this city, and they are being destroyed.”

Mr Kiely has sent the video, which has been viewed more than 10,000 times, to Rosa.

He said he has “no problem” reporting the incident to the gardai, if Rosa wish to do so.